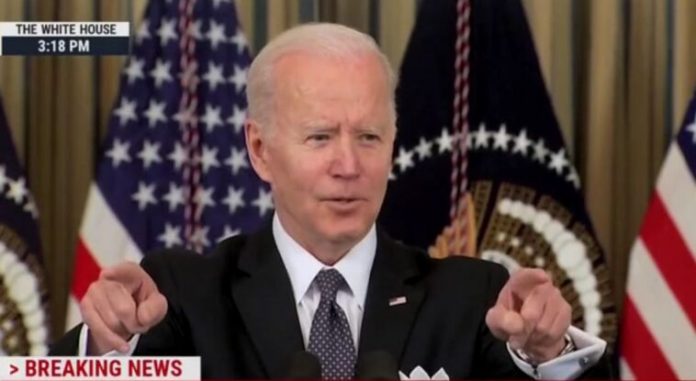 When questioned by Fox News’ Peter Doocy about not one, but three misstatements the White House has forced to retract, the president was in rare form.

“Are you worried that other leaders in the world are going to start to doubt that America is back if some of these big things that you say on the world stage keep getting walked back?” Peter Doocy of Fox News asked him.

“What’s getting walked back?” he further noted.

“None of the three occurred,” Biden responded.

“None of the three occurred?” Doocy further questioned.

“None of the three.”

Despite his own White House going on the record to correct him, Biden continued to deny making the false claims. This is dangerously delusory, and it’s just another reason why the 25th Amendment should be carefully examined before Biden’s follies push us into World War III.