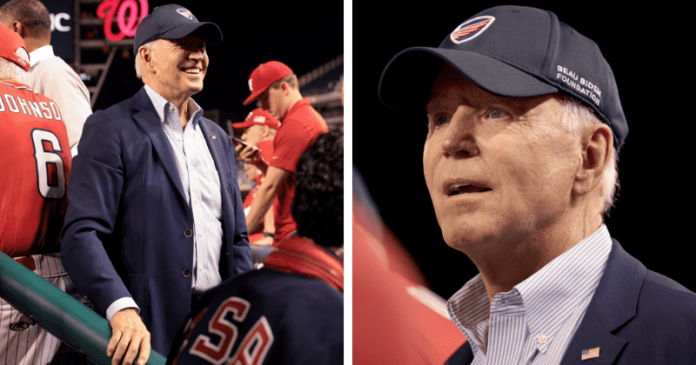 On Wednesday night, the president was met with mixed reactions by his fans as the Democrats lag behind their rivals.

While the President was cheered by the Democrats, boos were echoed from the Republicans’ side of the ballpark.

“Both cheers (from Dem side) and boos (from GOP side) as [Joe Biden] introduced at Nationals ballpark at Congressional ballgame,” wrote White House reporter for Bloomberg News Jennifer Jacobs on Twitter.

Others held banners calling for Democrats and Republicans alike to pass the large spending bill, which has split opinion on Capitol Hill.

The divisive reactions and banners that Biden received were a reflection of the charged atmosphere in Congress, as lawmakers fight over the future infrastructure bill and $3.5 trillion climate and social spending packages.

Both the bill and the comprehensive package will be voted on in the crucial vote that takes place later Thursday. Democrats have worked tirelessly to win support.

Take a look at another video: