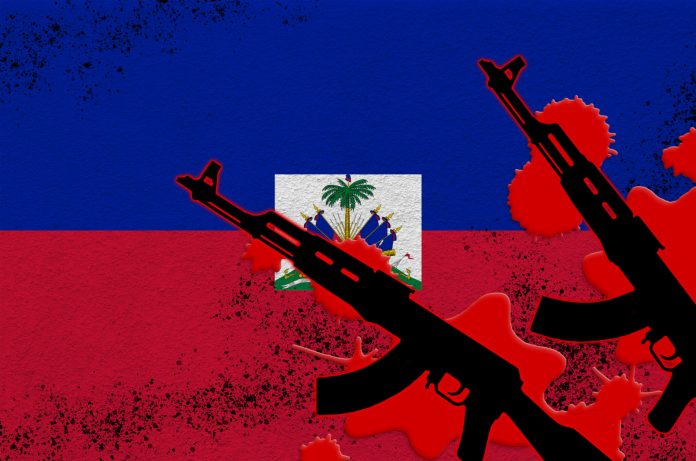 At the moment, 17 Christian missionaries are held captive in Haiti by gangsters who demand $17 million and threaten to kill them if they don’t pay. Nearly all the missionaries are American citizens. Joe Biden has done almost nothing to assist them. The Christian Post reports

The group of missionaries kidnapped Oct. 16, while they were working with Christian Aid Ministries includes six men, six women, and five children, of which 16 are Americans and one is Canadian. They range in age from an 8-month-old baby to a 48-year-old.

According to the article, Biden sent only three FBI agents to Haiti. These agents have not been able to resolve the situation. The Christian Daily reported that dozens of days had passed since the 10th of November. None of them have been released.

The 17 missionaries…were kidnapped on October 16 by a notorious gang named 400 Mawozo, who are known to be targeting those engaged in religious operations. The missionaries are members of the Christian Aid Ministries and were kidnapped after coming from an orphanage. There are five children among those kidnapped, five are men, and seven are women.

Christian Aid Ministries recently said that the situation in Haiti has become “intense” and there was no form of communication with the missionaries. Nonetheless, the organization is hopeful that God is taking care of the hostages as He does with their families.

“It is now the 24th day of this crisis, and our workers and loved ones are still being held hostage in Haiti. We, along with government authorities, continue to work hard to bring them home safely. This is our heartfelt desire, but we want to surrender to God’s plan and timing,” Christian Aid Ministries said in a November 8 statement.

Haitians are furious at the hostage situation. They are protesting the gangsters, and demand that they release the missionaries.

Haitians took to the streets demanding their release following the kidnapping of missionaries. According to The Haitian Times schools and businesses were closed in Port-au-Prince for several days last week. This was in response to a call for a general strike in protest of kidnappings, widespread insecurity, and the assassination in July of President Jovenel Moise. According to a civil society group, 600 kidnappings occurred between January and September 2021, as opposed to 231 during the same time last year.

Despite the outcry for support and the many prayers in their favor, the thugs still hold them hostage. A video of 400 Mawozo Gang leader Joseph stating that “if I don’t get what my asking for, I will shoot these Americans in the head.” was released to the public at October’s end. I’m a mess. I cry water. But I’m going make you guys cry blood.”

These refugees may soon run out of time, and Team Biden is doing little, despite its claims that it cares. It seems that it is only “communicating with” the Haitian National Police. If this is all Team Biden has done, it will not end well. We hope that more gangsters from around the globe won’t exploit Biden’s weakness and take hostages Americans.