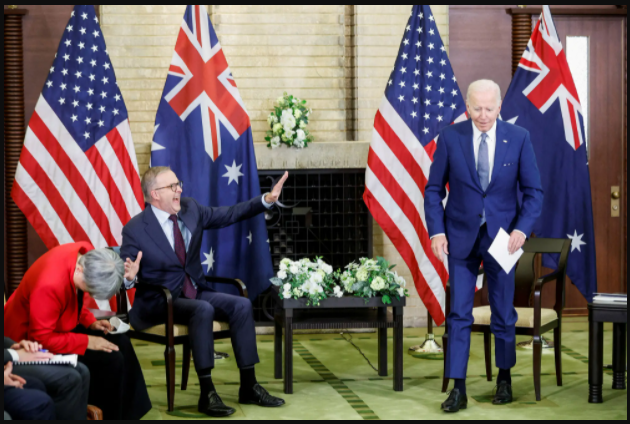 When newly elected Australian Prime Minister Anthony Albanese recalled a journey to the United States and a meeting with the National Rifle Association more than three decades ago, President Biden conducted a pretend walk-out from the meeting.

Albanese, who led the Australian Labor Party to victory in Saturday’s general election, regaled Trump with a story about visiting America for five weeks as a State Department guest during a bilateral meeting on the sidelines of the Quad Leaders’ Summit in Tokyo.

“You could create a program theme, and mine was — I wanted to see how different groups interacted with the US government.” So I did everything from the National Rifle Association to the Sierra Club to Planned Parenthood to the fullest,” Albanese, 59, said.

Biden stood up and began walking away when the NRA was mentioned, pausing to tell Albanese, “You’re a brave man.”

“I am,” said the newly elected Prime Minister of Australia.

​”But it was an — an opportunity to see the — the full diversity of the way that the country operates,” said Albanese, who fondly recalled receiving security briefings in Hawaii and noting that “the US State Department was good enough as well to manage to justify a trip to Vegas as well.”

In a previous encounter with Albanese and the other Quad leaders, Japanese Prime Minister Kashida Fumio and Indian Prime Minister Narendra Modi, Biden made a joke about Albanese attending the high-level conference so soon after his election.