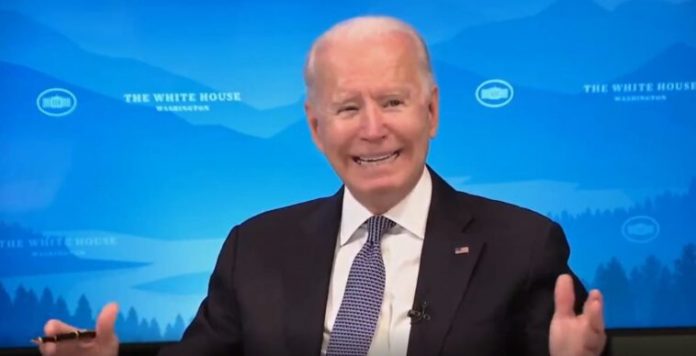 On Friday, President Biden gave a press conference on wildfires. He made an unbelievable claim that has to be seen to be believed.

This is impossible, however. Delaware could not have more acres burned than Maryland and Delaware combined. He stressed it.

This is the President of the United States. He is the one Americans turn to for guidance and information about wildfires ravaging California and other states.

Biden also attributed the wildfires to “climate change” rather than to the absence of sound forestry practices, such as clearing old-growth forests. This is absurd, and something that states like California has been restricting for years.

“Wildfizers [sic] are — wildfires are not a partisan phenomenon,” he went on. “They don’t stop at a county or a state line — or country line, for that matter. We need a coordinated, comprehensive response with all the federal working — all the federal government working in close cooperation to support you, the states. That’s what this is about.”

This statement is official White House. They aren’t hiding the fact that Biden’s statements are a disaster.