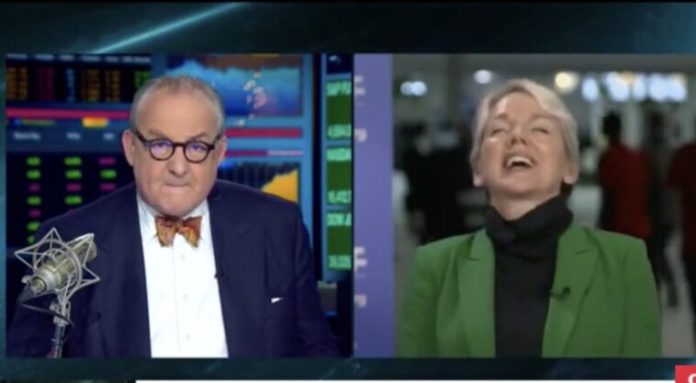 Granholm instantly started to laugh. She exclaimed, “That’s hilarious!” It would be so magical if I could use my magic wand to do this.

“As you know, of course, oil is a global market. It is controlled by a cartel. That cartel is called OPEC, and they made a decision yesterday that they were not going to increase beyond what they were already planning.”

Biden announced in June that he would suspend oil drilling leases at the Arctic National Wildlife Refuge. This is the latest in a series of sweeping policy changes in how the U.S. views the oil industry.

Biden signed a number of executive orders relating to the environment since he took office. These include putting an end to new federal oil leases and rejoining the Paris Climate Agreement. He also eliminated subsidies for the fossil fuel sector, revoking Keystone XL Pipeline permits, and converting the fleet of government vehicles to electric power.

Republicans have criticized the Biden administration because they rely on OPEC to reduce rising gas prices instead of increasing domestic oil production.

In an August email to Biden 24 Republican senators called it “astonishing” that the Administration seeks assistance from an international oil cartel, when America has enough domestic supply and reserves for increased output. This would lower gasoline prices.

“Your Administration’s domestic oil and gas development policies are hurting American consumers and workers, are contrary to an “America First” energy agenda, and reinforce a reliance on foreign oil,” the senators added.