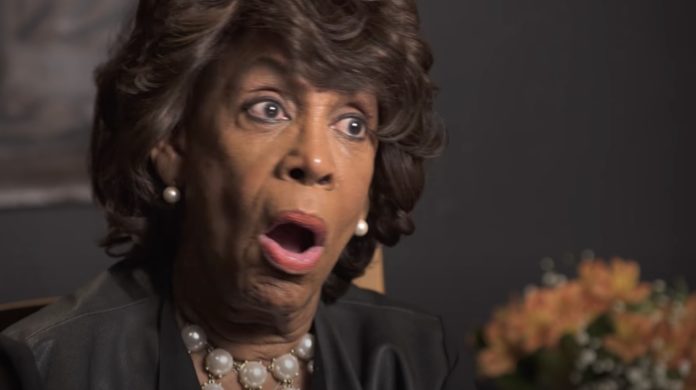 Rep. Maxine Waters of California, a Democrat, was featured in a 30-second viral video responding to the recent Supreme Court decision to overturn Roe v. Wade, which represents a significant win for the pro-life cause in America.

Waters declared, “To hell with the Supreme Court,” pledging to disobey the judges and the recent decision.

Radical-Leftist Maxine Waters says “to hell with the Supreme Court, we will defy them!”

The Supreme Court reversed Roe v. Wade, essentially putting an end to the acknowledgment of an abortion constitutional right. As a result, individual states have the authority to permit, restrict, or outlaw the practice of abortion.

Former President Barack Obama criticized the high court’s decision and said it violated millions of Americans’ fundamental liberties. “For more than a month, we’ve known this day was coming—but that doesn’t make it any less devastating.”

The following abortion-related comment was also made by Obama and his wife, Michelle Obama, in May. During that moment, the former president and first lady remarked, “Few, if any, women make the decision to terminate a pregnancy casually and people of goodwill, across the political spectrum, can hold different views on the subject,”

On the other hand, Republican President Donald Trump praised the decision, saying it would benefit everyone since each state may establish its own restrictions on the contentious practice of aborting unborn children.