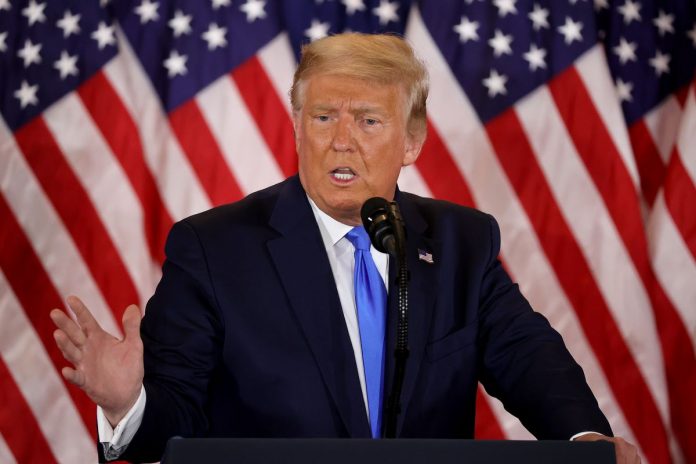 According to The Hill, some Democrats are still hell-bent on stopping former President Donald Trump from running for president again.

Nearly a dozen Democratic legislators have spoken publicly or privately about invoking a post-Civil War constitutional amendment to prevent Trump from entering office again after the Jan. 6, 2020, attack on the Capitol, according to The Hill.

Officeholders who “have engaged in insurrection or rebellion against the same” are banned from holding future office, according to Section 3 of the 14th Amendment.

Democrats have teamed up with constitutional professors and pro-democracy activists to look into how the amendment may be used to stop Trump. While the matter has garnered less public attention in recent months, those who are still involved in the conversation say it is still being discussed.

Most constitutional experts believe the provision is not self-executing, which means Congress would have to take another step to apply Section 3 to Trump. Other experts, on the other hand, argue that a simple majority in both houses would suffice.

Tribe is one of the academics who believes Congress should create an impartial fact-finding committee or depend on a federal court to evaluate whether Trump’s conduct justify the amendment’s adoption.

Outside groups are also attempting to keep Trump from running for president again.