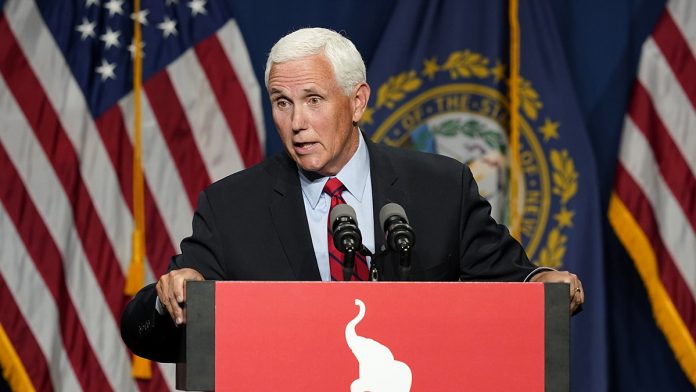 Attendees of a conservative conference in Florida heckled Former Vice President Mike Pence with boos and calls of”traitor” throughout his address.

Pence spoke in the Faith & Freedom Coalition’s”Road to the Majority” conference in Orlando, Florida, on Friday. The former vice president was on rocky relations with former President Donald Trump and a number of his assistants since Pence certified the election for President Joe Biden on Jan. 6.

“Well, hello America! It is great to be back with so many patriots dedicated to faith and freedom and the road to the majority,” Pence told the audience to cheers and applause. As he continued talking, other voices in the audience broke in with boos and calls of”traitor.”

As Trump continued his struggle to challenge the election in January, he pushed his vice president to reject”fraudulently chosen electors.” Pence was responsible for overseeing Congress’s counting of the electors and certifying the election for Biden, a traditionally ceremonial position.

Pence refused to follow Trump’s directives, writing in a letter to Congress that he thought he didn’t have the inherent authority to perform as Trump wanted. Before the election was formally congressionally certified for Biden early January 7, Trump slammed Pence at a since-removed tweet stating,”Mike Pence didn’t have the courage to do what should have been done to protect our Country and our Constitution, giving states the chance to certify a corrected set of facts, not the fraudulent or inaccurate ones which they were asked to previously certify.”

The election debacle reportedly produced a rift involving Pence and Trump, and some of Trump’s supporters have criticized Pence for, as they see it, refusing to safeguard the integrity of the U.S. election. Pence recognized the allegations of voter fraud but insisted that he didn’t have the capacity to reject electors that was licensed by the respective states.