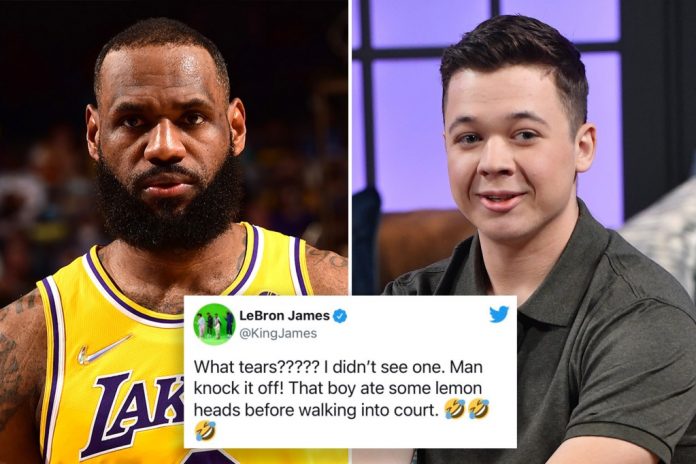 Kyle Rittenhouse said this week that he is suing NBA superstar LeBron James.

Rittenhouse also said on Tuesday that he was considering suing politicians, news organizations, and even specific people like TV hosts Whoopi Goldberg and Cenk Uygur for spreading lies about his character after he fatally shot two men and wounded a third in self-defense during the riots in Kenosha, Wisconsin, in 2020.

BASED KYLE: @ThisIsKyleR denounces BLM and reveals he will be suing @KingJames

During Tuesday night’s Frontlines episode, Rittenhouse told journalist and broadcaster Drew Hernandez that he and his legal team are mailing James a letter and will deal with him in court.

In November, James criticized Rittenhouse for crying during his emotional speech in response to what he called violent demonstrators.

Rittenhouse told Fox News’ Tucker Carlson on Monday night that he and his legal team are forming the Media Accountability Project as a mechanism to help finance and hold the press responsible for the falsehoods they have spread, and to deal with them in court.

“Right now we’re looking at quite a few. Politicians, celebrities, athletes. Whoopi Goldberg’s on the list. She called me a murderer after I was acquitted by a jury of my peers. She went on to still say that,” Kyle said.