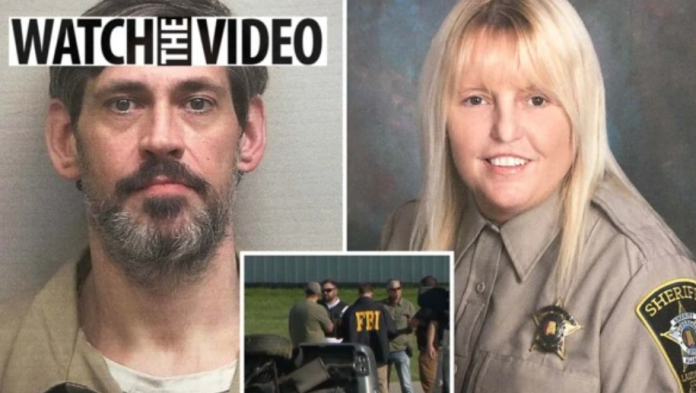 Vicky White died of a self-inflicted gunshot wound after she and her accused lover Casey White were apprehended after a police pursuit in Indiana, according to authorities.

After US Marshals closed in on the car she and Casey White were in, she was brought to the hospital for treatment of extremely serious injuries, according to authorities.

The two were apprehended at a motel before leading officers on a short automobile pursuit in Evansville, Indiana, according to Vanderburgh County Sheriff Dave Wedding.

Back in Alabama, where the two vanished, Lauderdale County Sheriff Rick Singleton said Casey White was driving and Vicky White was a passenger in the vehicle.

He said that their vehicle was involved in an accident at some time during the police chase. Vicky White was rushed to the hospital after Casey White surrendered.

His comments came after officials in Indiana revealed Vicky had shot herself and was in critical condition.

Wedding provided an update on Vicky’s injuries a few hours later, stating she remained in critical condition. She died in the hospital, according to the local coroner.

Following their apprehension, the two fugitives were anticipated to be sent to Alabama to face additional charges. Vicky was facing various counts, according to Singleton, while Casey White was accused with escaping.

Before her death, Singleton expressed his optimism that Vicky would live and that Alabama authorities sought answers from her.

According to authorities, the car the two suspects were driving was stolen in Tennessee and driven about 175 miles to Evansville.

US Marshals posted photos of an abandoned blue Ford F150 earlier on Monday. The automobile was discovered in an Evansville carwash.

The carwash’s manager, James Stinson, claimed he observed the vehicle had been at his location for several days. He contacted local police, who advised the man that the truck may be towed, which he did.