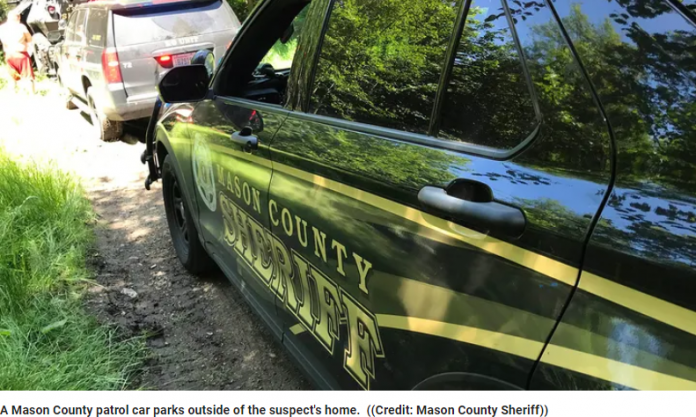 A Washington man was detained by authorities on Tuesday after reportedly threatening to blow up an elementary school.

The 19-year-old Thomas Gabbard previously appeared on Instagram Live and declared himself to be a gang member. In response to a viewer on the video insisting that Gabbard was not, the suspect allegedly threatened he was going to drive up and bomb a school. No specific location or school was mentioned throughout the webcast.

Gabbard, though, continued to assert that he was in possession of explosives.

The viewer was alarmed by Gabbard’s threats and phoned the local police.

Additionally, the viewer claimed to have received a call from Gabbard at the number listed on the viewer’s account. He informed authorities that the call lasted two minutes, during which he attempted to learn more about the nameless institution he had previously mentioned from Gabbard.

The Instagram user stated that Gabbard didn’t give any information on the school and kept calling the viewer racial slurs. Police were also made aware by the viewer that Gabbard maintained many active Facebook and Instagram accounts.

According to police records, an examination of Gabbard’s criminal history revealed a juvenile conviction that prevented him from lawfully having a handgun.

Serving a high-risk search warrant, many armed cops and employees showed up to Gabbard’s residence. A SWAT squad quickly and safely took Gabbard into custody. There were neither explosives nor weapons found at the location.

Gabbard said he was not serious about bombing a school during a police questioning. Additionally, he stated that the weapons depicted in his social media pictures were air powered and that he did not possess any explosives or guns.

Later, he acknowledged that the weapon in his post was taken from his sister’s house even though he was aware that his conviction prohibited him from having a gun.

Gabbard acknowledged that his assertion that he belonged to a gang was incorrect.

The shooting at Robb Elementary School in Uvalde, Texas, when 21 people were slain by gunman Salvador Ramos, occurred only a few weeks prior to the arrest.