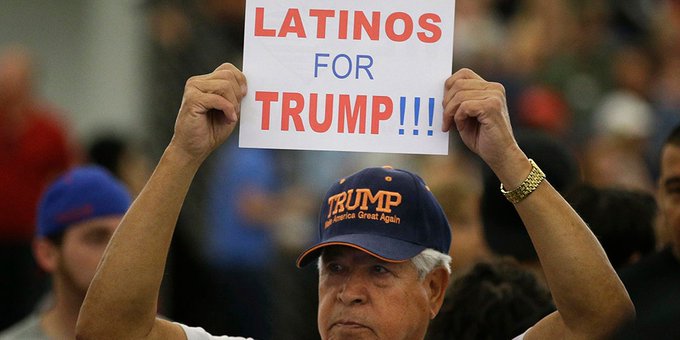 The fact that Hispanics are leaving the Democratic Party has been noticed by both influential Democrats and the left-leaning media.

The largest political story of our day is the significant demographic shift between the two parties, with Republicans gaining significant support from Hispanic voters and diversifying its demography to include more working-class and multiracial people.

In the article published on Thursday titled “The Great Realignment,” it is discussed how the Democratic Party is becoming more elite and somewhat more white as a result of the possibility that Republican gains among various ethnic groups might tip the balance in several Democratic-held battleground seats.

One of the most interesting facts is that when it comes to the Hispanic vote in congressional elections, Democrats and Republicans are statistically tied. The statistic is even more startling when compared to 2018, when the Democratic Party had a 47-point edge among Hispanic voters in the midterm elections.

A survey conducted by NBC News in April revealed that Democrats were losing momentum in every category except for women with college degrees, where they had gained 10 points since 2010.

The Hispanic advertising and fast response team for former President Trump’s 2020 reelection campaign was led by Giancarlo Sopo, a descendent of Cuban exiles. He described the current political realignment as occurring just once every generation and claimed that working-class Hispanic voters simply had nothing in common with the contemporary woke Democrat.

He emphasized the need to take into account the fact that the poverty rate among Hispanics has dramatically decreased in recent years as members of the community launch a large number of new small companies.

“We’re aspirational people. We want to work hard. We came to this country to succeed. Also, I think during that same time, it would be fair to say that the Democratic Party’s overly educated or miseducated, depending how you look at it, you know, elites have taken over the party, and it’s difficult to find groups that are more different than a woke White Democrat and your average Hispanic,” Sopo said in a statement.