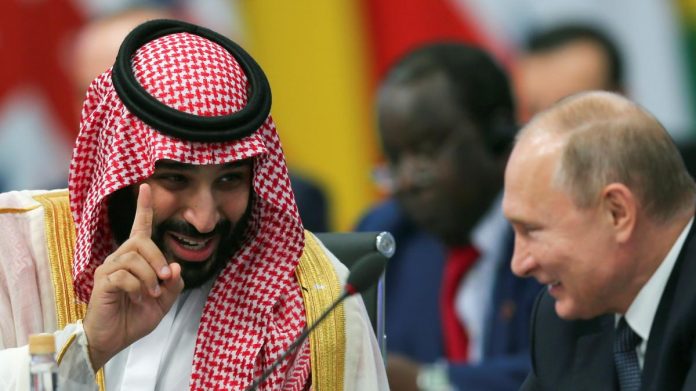 As the United States weans itself off of Russian oil due to recent sanctions imposed as a result of the invasion of Ukraine, concerns regarding Middle Eastern oil supply have grown.

Due to ever-increasing prices, the Biden administration has recently resorted to the oil-rich Middle East to bolster domestic oil supply, but this has apparently been met with hostility.

Some feel it’s because of long-standing mistrust from countries like Saudi Arabia and the UAE (UAE). According to some sources, President Joe Biden’s attempt to contact the leaders of the two countries was treated with defensiveness; however, the White House National Security Council (NSC) denied that report.

“We’re all talking regularly,” Secretary of State Antony Blinken said of the allegation that the Biden administration was ignored by Middle Eastern oil-producing nations.

However, there appears to be no doubt that the relationship is shaky, with issues stretching back to the 1970s.

Relationships are important in the Middle East, particularly in Arab society. You don’t want to be a friend who only shows up when it’s convenient for you. According to Michael Rubin, a former Pentagon official who advised the military on Iran and Iraq issues under the George W. Bush administration.

And from the outset, Biden established himself as a sporadic companion.

These were challenges that arose during former President Barack Obama’s tenure in the White House, when international affairs took on the hues of a Middle East war and a Democratic president who had the diplomatic experience or willingness to maintain America’s strong position.

The White House did not respond to a request for comment on the present connection between the Biden and Obama administrations, as well as the leaders of oil-rich Middle Eastern countries.