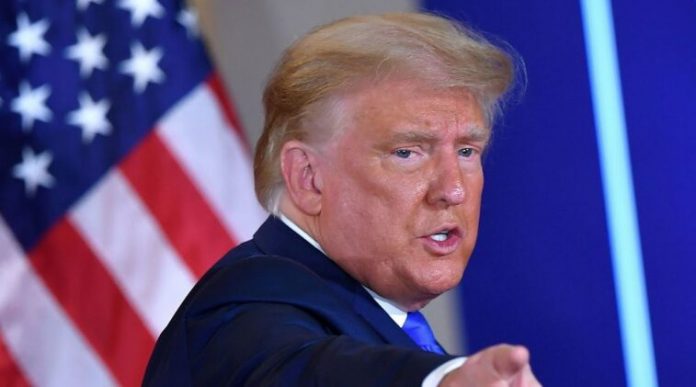 Democratic hopes of making Texas blue are facing a new reality. Hispanic voters, on which the party has depended for many years, are losing their support.

According to a new report, more Texas Hispanics are now turning to Republicans. This is a continuation of the trend that was evident in the last presidential campaign when many ‘blue border’ counties in Texas flipped red for Trump or trended strongly in his favor.

“Last year, McAllen experienced the biggest shift in party vote share, toward Donald Trump, of any large city in the country save for Laredo, 150 miles to the northwest. In both border towns, Trump improved on his 2016 results by more than 23 points. … no area fled further into the GOP camp than South Texas, where 18 percent of the state’s Hispanic population lives,” stated in a report in Texas Monthly.

“In Starr County, just upriver from McAllen, Republicans increased their turnout by almost 300 percent between 2016 and 2020,” the Texas Monthly notes further.

“While Hillary Clinton won there by sixty points, Joe Biden barely scraped out a five-point victory. In Webb County, home of Laredo, Trump cut his 2016 margin of defeat by more than half,” the outlet continued.

“And in Zapata County, which didn’t even have a local Republican party, Trump became the first GOP presidential candidate to win since Warren G. Harding was on the ballot a century ago.”

This is a significant result based on the state’s demographic trends.

“Of the 4 million new residents that Texas gained in the last decade, nearly 2 million were Latino, while only 5 percent were White,” The Washington Post reported in August.

Texas Monthly reported that Texas Hispanics “actively refuse to be cast as immigrants.”

“In 2020 ignorance of these facts embarrassed state and national Democrats. While Hispanic South Texans are proud of their Mexican heritage, many do not consider themselves to be ‘people of color’ at all,” the report continued.

“On the 2010 census, 53 percent of Americans who answered that they were Hispanic or Latino also marked their race as white,” The Monthly noted further.

“Last year, in Starr County, where 96 percent of respondents were Hispanic, almost 99 percent identified as white. … Such results were common across South Texas, where 76 percent of Hispanic residents identify as white, substantially more than the 62 percent who do statewide. In Laredo, 95 percent of respondents marked Hispanic or Latino—making it the second-most Hispanic city in the country—and 96 percent identified as white,” the outlet said.

Manuel Pescador Jr. (54), an occupational safety consultant, who lives in McAllen said in an interview with The Associated Press that he quit the Democrat Party due to their “handouts” and “false promises.”

He said that mass illegal migration into the state was also a key factor in his party’s switch to a different party.

“They come here, they refuse to assimilate and they’re here to use everything they can, in any way they can. And so that’s why I call them ‘depleters.’ That’s why that Hispanics that can vote, vote Republican because we know who’s coming in,” he said.

“These are communities made up of people who value common sense wisdom and working-class values,” Rubio told Breitbart News, noting that Hispanics shifted heavily towards Trump and the GOP in Miami, where there is a large Cuban community, and along the Rio Grande Valley, where illegal migrant surges have once again become problematic under President Joe Biden.

“That’s what their life is built on. Those are two things the left has abandoned. You hear lots of people talk about whether it’s socialism,” Rubio continued.