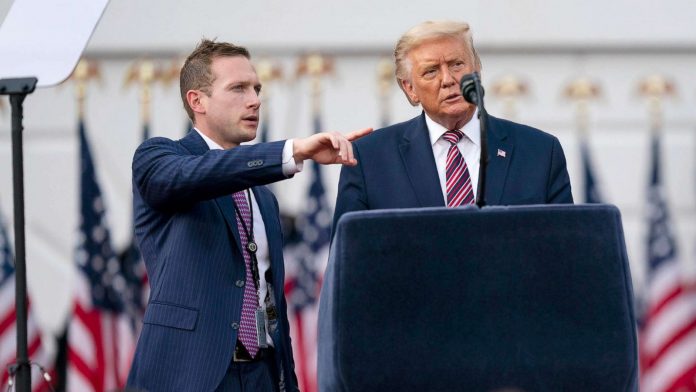 Former Trump White House aide Max Miller, a Cleveland native, announced that he would challenge Gonzalez in the forthcoming Midterms.

In February, President Trump offered his full and unqualified support to Miller’s potential primary run. This past weekend, Trump visited Cleveland to hold a “Save America” rally to support Miller’s campaign.

Miller argued for the replacement of Gonzalez, a man he claimed is ineffective in fighting back against radical Democrats at Saturday’s rally.

Miller explained to the crowd that Biden’s “disastrous initial few months” might have been less severe if not for Republicans like Gonzalez, “who continue betraying us in Washington DC.”

Miller claimed that Gonzalez sought approval from Nancy Pelosi as well as the corporate media, which always support Republicans who are on the side of the Democrats.

He decried Gonzalez’s inconsistent views on immigration, amnesty, and supporting “forever warfare.” Miller on the other side, however, promised to ignore DC establishment and listen to the people of his district.

Miller claimed that he didn’t care about what Pelosi, the DC swamp, or the media said or the opinions of the “turncoat Tonys wokes, and PACs” but that he cared only what “all of us here tonight” said.

As with most of the so-called “rust belt,” Ohio is solidly MAGA Country. Trump defeated Biden in Ohio by over eight points in the 2020 election. Miller’s position is on solid ground going forward. And no doubt both the former President’s endorsement and last weekend’s rally will give his primary challenge the boost it needs.