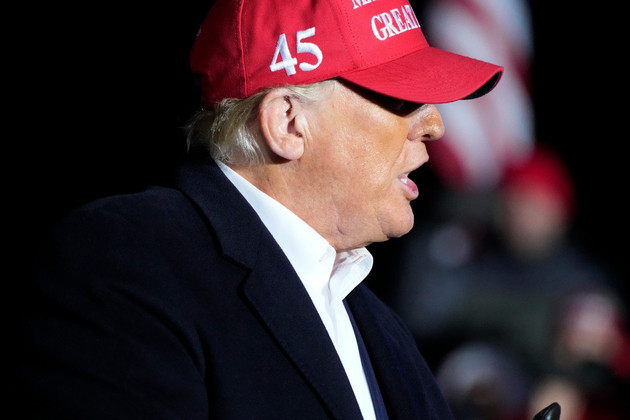 Former President Donald Trump is suing 2016 Democratic Presidential nominee Hillary Clinton in a massive lawsuit accusing her of plotting to destabilize Trump’s presidency with dozens of other individuals, many of whom are frequent objects of Trump’s conspiracy theories and wrath.

The new lawsuit accuses Clinton, her campaign, numerous campaign aides, former FBI Director James Comey, the Democratic National Committee, and others of racketeering conspiracy for allegedly conspiring to falsely accuse Trump of cooperating with Russia in the 2016 presidential election.

The defendants were accused of obstruction of justice, theft of trade secrets, and illegal hacking into Trump’s private correspondence, according to the lawsuit.

The 108-page complaint reads like a greatest-hits collection of Trump’s long-held grievances against the public people most directly involved with the 2016 Russia inquiry. It brings together data found in special counsel John Durham’s ongoing inquiry, as well as long-known details regarding the FBI’s Russia investigations and special counsel Robert Mueller’s follow-up investigation.

The lawsuit appears to be seeking more than $72 million in damages, which the complaint claims is the total of legal bills and other expenditures associated with defending against the alleged lies. Trump’s lawyers asked for merely $21 million in another court filing in the lawsuit.

Philippe Reines, a former State Department official and Clinton’s spokeswoman, is one of the defendants in the lawsuit. The suit’s only specific claims against him are that he made public statements implying that Trump colluded with Russia in 2016 and that he was facing major legal issues.

On Thursday, the case was assigned to U.S. Former President Bill Clinton appointed District Court Judge Donald Middlebrooks, who is based in West Palm Beach, Florida. Middlebrooks dismissed a civil racketeering complaint brought against Hillary Clinton in 2015 over her use of a private email account and server while serving as Secretary of State.