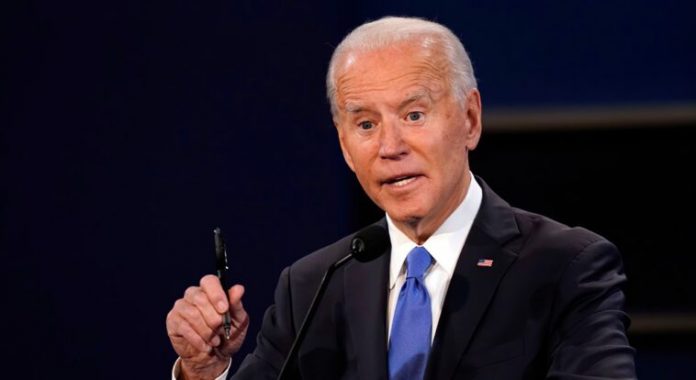 Biden’s allies are now calling for terrorist treatment of the unvaccinated.

Yes, unvaccinated Americans may lose their right to travel Juliette Kayyem’s has her way.

Kayyem served as U.S. Assistant Secretary of Homeland Security for Intergovernmental Affairs during the Obama regime, and she has now penned an article The Atlantic in which she made the case for banning those who desire to make their own decisions regarding their personal health from traveling on the nation’s airlines.

According to Kayyem; “While flying, vaccinated people should no longer carry the burden for unvaccinated people. The White House has rejected a nationwide vaccine mandate—a sweeping suggestion that the Biden administration could not easily enact if it wanted to—but a no-fly list for unvaccinated adults is an obvious step that the federal government should take. It will help limit the risk of transmission at destinations where unvaccinated people travel—and, by setting norms that restrict certain privileges to vaccinated people, will also help raise the stagnant vaccination rates that are keeping both the economy and society from fully recovering.”

She continued; “Flying is not a right, and the case for restricting it to vaccinated people is straightforward: The federal government is the sole entity that can regulate the terms and conditions of airline safety. And although air-filtration systems and mask requirements make transmission of the coronavirus unlikely during any given passenger flight, infected people can spread it when they leave the airport and take off their mask. The whole point of international-travel bans is to curb infections in the destination country; to protect itself, the United States still has many such restrictions in place. Beyond limiting the virus’s flow from hot spots to the rest of the country, allowing only vaccinated people on domestic flights will change minds, too.”

Ordinarily, such an anti-American suggestion would have been condemned. But with Joe Biden at the White House, this suggestion is certain to be taken seriously.

Kayyem, like many other Obama intelligence and police state apparatchiks has found a job as a cable TV operator. This has become the closest thing to state-run media outside Pyongyang over the past few years.

This rhetoric should alarm Americans, who, like the boiling frog in a pot, are barely aware of how Democrats and Deep State partners have led the U.S. to totalitarianism.