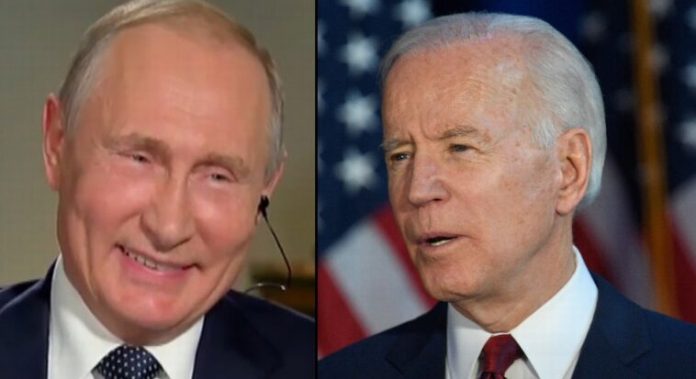 The United States allies are losing faith in President Joe Biden and America that they have turned to Vladimir Putin to help them in Afghanistan.

After his disastrous withdrawal from Afghanistan, President Biden proved to be totally incompetent. This led to a rapid Taliban takeover and left tens of thousands of Americans and their allies trapped in that region.

Biden’s incompetence is forcing allies of the US to look for other options, as they lack confidence in Biden’s decision-making abilities.

New reports claim that Germany, France, Britain, and Italy are looking to Russia to help them in Afghanistan.

Britain will this week turn to China and Russia to try to stop Afghanistan sliding further into chaos, after recriminations between London and Washington over US President Joe Biden’s withdrawal of American troops.

Downing Street has denied any rift between Johnson and Biden, but the British prime minister’s foreign policy — heavily dependent on the US — has been shaken by the crisis and has forced London to court other capitals.

Johnson, anxious to show that the UK is still relevant as a “convening power” when he chairs a virtual summit of the G7 on Tuesday, tweeted that the group of wealthy nations would co-ordinate efforts “to ensure safe evacuations, prevent a humanitarian crisis and support the Afghan people”.

Our allies disagree with Biden’s belief that America’s allies support him in his terrible withdrawal from Afghanistan.

Multiple members of Britain’s Parliament are blaming Biden for the disaster in Afghanistan.

The Daily Wire has reported more: