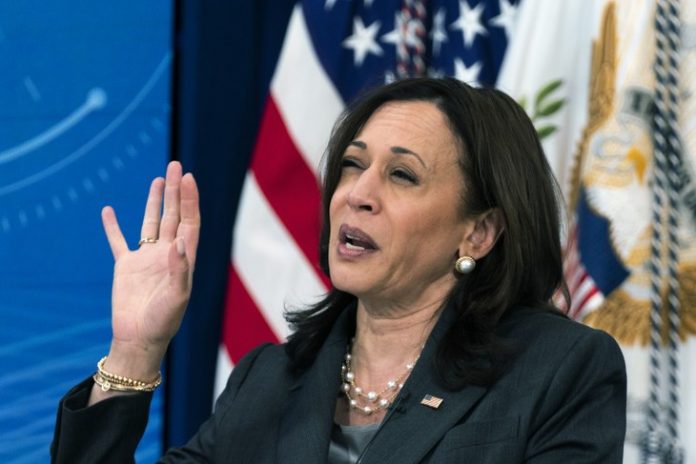 She is so terrible at this.

That’s been the overriding theme of Kamala Harris’ career since she burst onto the national stage in 2019 as a leading presidential contender. By the end of the year, after much fanfare and an untold amount of unearned media, Harris has dropped out before the first primary, not even cracking the top contenders in her own home state.

Harris’ failure theater continued this week because she had been sent to Guatemala to explore the”root causes” of the migration crisis. She was quickly corrected on her assumptions by none other than Guatemala’s president, who explained that it’s her government’s policies which have caused the explosion.

Now in her face-plant tour, Harris has clearly lost her patience. This is a girl who used to be lauded and worshiped by the media as an absolute queen one of the little people regardless of the fact that she is an objectively terrible politician.

That led to this very awkward situation where she snapped at a reporter today.

In fairness, I did not have @VP Kamala Harris hitting @iliacalderon with “I’m speaking” on my bingo card. pic.twitter.com/trCWiRxkft

Why is she so mad? And what exactly is so funny in this line of questioning that she had to break out that ridiculous cackle she calls a laugh? The reporter’s inquiry was not only not out of line, it is a question that Harris should be more than prepared to field at this point. There are no surprises here Harris truly expected the media to keep kissing her feet forever.

Repeating the same generalization about”going to the border” over and over isn’t an answer, and at this point, she should be able to tell people exactly when she is visiting the border. Rather, Harris is providing the same answer she was giving five days ago. It takes real skill to be so terrible at politics.

Harris is pretty clearly the fall-woman at this point (even if you don’t think it’s for Jill Biden’s benefit). She’s being given the worst assignments and shouldering the blame for the president’s biggest policy failures. The White House is clearly not giving her any support either. If they were, they would have scheduled a visit to the border by now for her only to kill this negative news cycle. Rather, Harris is flapping in the wind and it’s just embarrassing.

Harris isn’t the one for Democrats in 2024. This is a woman that would be lucky to win 200 electoral votes. She’s so deeply unlikeable and it is getting impossible to ignore how awful she is at handling basic criticism. She would melt in a general election.