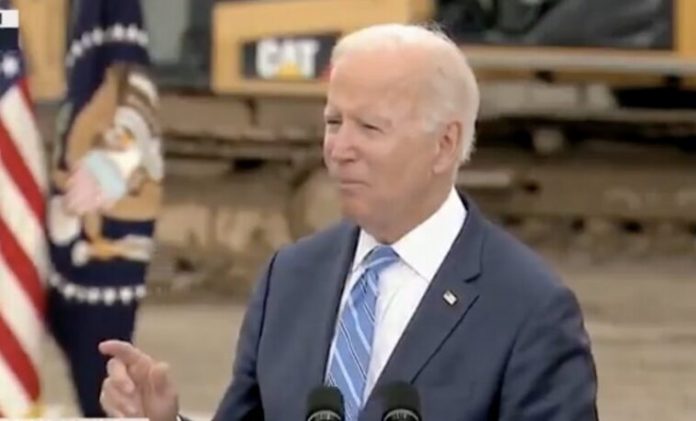 Joe Biden spoke Tuesday in Michigan about his plans for “helping” the economy. However, his sentences became a huge word salad each time he left the teleprompter.

“When you build a *gibberish* station, like, back in the day when my Grandpop worked in the *gibberish* oil company in the turn of the 19, uh 1920’s, in that area, they went from state to state convincing people to put, that w-w-would allow them to put 20,000 gallons of gasoline under the ground. They didn’t want them around!” Biden said.

Although the reporters present probably didn’t know what Sleepy Joe meant, he seemed proud of his “story”.

Biden called his plan “Build back the PLETTER” at another point in the press conference:

Biden also lied at another point during his speech and claimed that the $3.5 Trillion spending bill was in fact a “tax cut”.