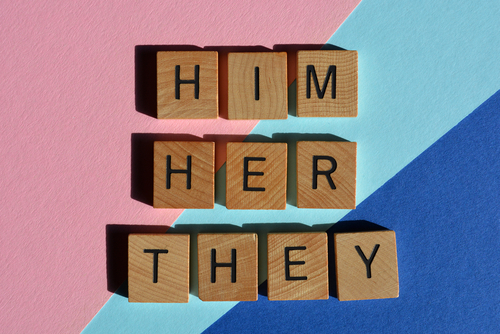 Choosing one’s own pronouns is a notion that has gained traction in recent years, particularly in woke and educational circles.

The fundamental tenet is that gender is a question of how you feel and experience things, not of your genitalia.

A result of this utterly unneeded misunderstanding, several schools have introduced sensitivity training and pronoun usage policies. Even more recently, we witnessed how Kamala Harris, the vice president, opened a meeting by asking attendees to identify their pronouns, race, and appearance.

However, one middle school teacher received more than she anticipated from the pronoun game when she was played for a fool by the pupils. Even funny is the fact that she afterwards thoroughly dissed herself on TikTok.

A bunch of middle schoolers owned this woke teacher when she asked for their pronouns 😂 pic.twitter.com/fP823BTfvX

Teachers at all levels like using social media sites like TikTok to boast about how they are promoting far-left gender ideology and pronoun use among pupils. This frequently stems from their own insecurities about their personal selves or identities.

It belongs in a doctor of psychology’s office. Instead, it engages in psychological warfare against children.

However, when a woke teacher only wanted to be attentive about pronouns and honor one of her kids’ identities, she got what she deserved.

The instructor was met with outrage when she addressed the student as “him,” since he claimed she hadn’t used his pronouns.

This sympathetic progressive apologized while struggling to regain his composure and enquired as to what his pronouns actually were. He informed her that his pronouns were banana rock as a result.

The teacher was unimpressed and urged him for the correct pronouns. The teenager scowled, and the rest of the pupils agreed: these were indeed his pronouns.

Confounded, the instructor complained about her experience on TikTok, stating that she had never heard of these joke-sounding pronouns and pleading with viewers to determine if it was a joke or not.

Choosing pronouns is a whole load of crap. This instructor deserved to be treated unfairly, and the fact that she made it even better by dressing up on TikTok.