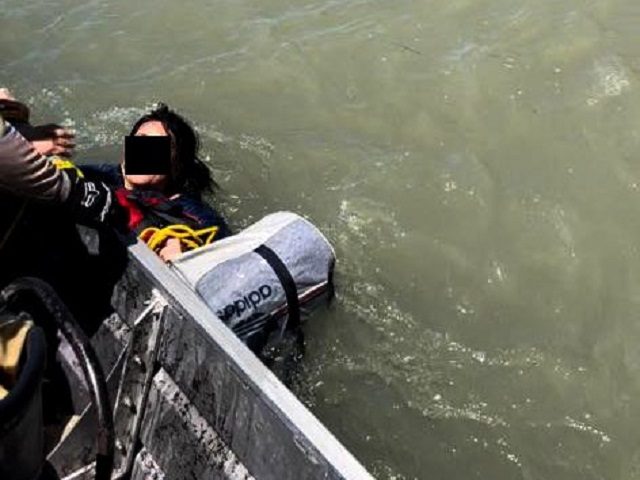 Eagle Pass Station river unit officers rescued migrants from the fast-moving currents of the border river that separates Texas and Mexico, according to Del Rio Sector Chief Patrol Agent Jason D. Owens. The agents rescued 12 migrants in a single afternoon after they lost their footing while illegally crossing the border from Mexico.

A group of migrants entered the Rio Grande at the Camino Real International Bridge on April 13th. According to Border Patrol agents, the migrants lost their footing and were spread along the river due to the fast-moving currents of the border river.

Agents from the river unit conducted multiple trips and placed flotation devices and rescue lines immediately. They then rescued individual migrants and carried them to the riverbank, where they were apprehended by ground-based agents.

EMS units arrived on the scene and provided medical treatment. Agents escorted the migrants to the Eagle Pass Centralized Processing Center for evaluation and processing after they refused treatment.

Busy week for Boat Patrol!
Over the past few days, Eagle Pass agents have responded to multiple subjects in distress attempting to cross the Rio Grande River. In one instance, 12 people were saved after being pulled from the river!

While no one was killed in this episode, other migrants did not have the same luck. Randy Clark of Breitbart Texas reported on the drowning fatalities of two migrant toddlers and four adults near Eagle Pass on April 12. Between Sunday and Tuesday, six people died.

A 14-year-old girl and a newborn were carried away during a border crossing attempt on April 11, according to officials. The bodies of the missing youngsters have yet to be found as of press time.

During a two-week period in March, Eagle Pass agents recovered the bodies of eight more migrants, according to Breitbart. According to reports, one of the victims was a four-year-old toddler who was whisked out of his mother’s arms by the current. The child’s lifeless body was discovered a few days later by marine unit agents.

Reporters approached CBP officers for confirmation of the number of drownings in this single Texas border region in a short period of time. Officials stated that they would not share the figures at this time and declined to speak further.