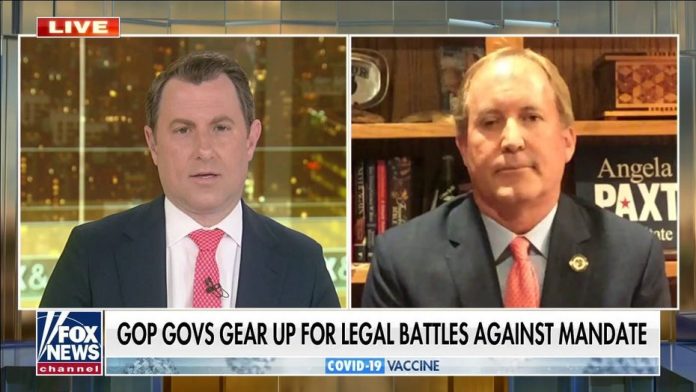 Twenty-four Republican state attorneys general threaten the Biden administration by filing a lawsuit against it if it refuses to implement President Joe Biden’s executive order, which requires companies with more than 100 employees to get coronavirus vaccines.

”President Biden’s proposed vaccine mandate is nothing but an unconstitutional power grab,” stated Alan Wilson, South Carolina attorney general and chairman of the Republican Attorneys General Association. ”We are a nation of laws, not men, yet the Biden administration has shown that it has no limiting principles.

”We are not a country that rules by edict and if President Biden’s power grab goes unchecked, it will have dire consequences for our nation.”

The letter in Thursday warning was sent by the Republican AGs to the president.

”Your plan is disastrous and counterproductive,” the letter reads. ”Your edict is also illegal.”

Biden declared a week ago that he would direct the Occupational Safety and Health Administration, under a 1970 law, to create a regulation and bypass its rulemaking process and issue an emergency temporary standard (ETS) to require vaccinations. According to The Associated Press, a typical workplace standard takes eight years.

In their letter, the GOP AGs explains that an emergency temporary standard was issued nine times between 1971-83 (and once in June), six of which were challenged by the courts and one of them upheld.

Many companies have their own mandates for vaccines.

For Example, Fox News offers to staff who have been vaccinated a number of perks. It also requires that all employees who have not been vaccinated wear masks to keep them from being in direct contact with others while on-site.