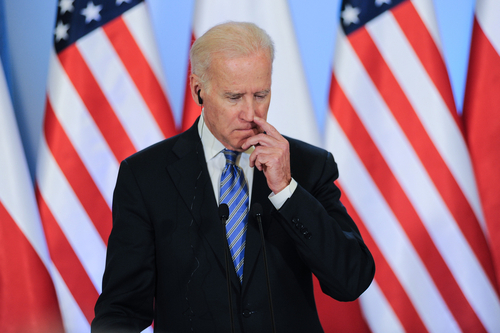 Joe Biden ran for president in 2020 on a number of pledges that he has since proved he lacks the resources to follow through on.

For example, Biden declared that he would not impose COVID immunizations, but he quickly backtracked on this commitment. Fortunately, the Supreme Court blocked Biden’s harshest requirement, which would have affected workers across the country.

Biden has declared on the campaign trail that electing him would result in the abolition of cancer. This hasn’t happened thus far. The pledge made by the 46th president to eradicate COVID is no exception.

In the nearly one year that Biden has been president, COVID cases, new variations, and virus deaths have skyrocketed.

Unfortunately, one of the most important commitments that Biden betrayed was his pledge to bring the country together.

A poll conducted by Quinnipiac University earlier this week sheds light on how Americans feel about Biden’s administration as it approaches its one-year anniversary.

Senators Kyrsten Sinema and Joe Manchin, both Democrats, declared this week that they would not vote to repeal the filibuster. Biden’s attempt to pass radical spending packages and election reform legislation has taken a major hit as a result of this.

Moreover, #WorstPresidentEver has been trending on Twitter since Saturday morning. This hashtag has mostly been used by Americans to express their dissatisfaction with the Biden administration.