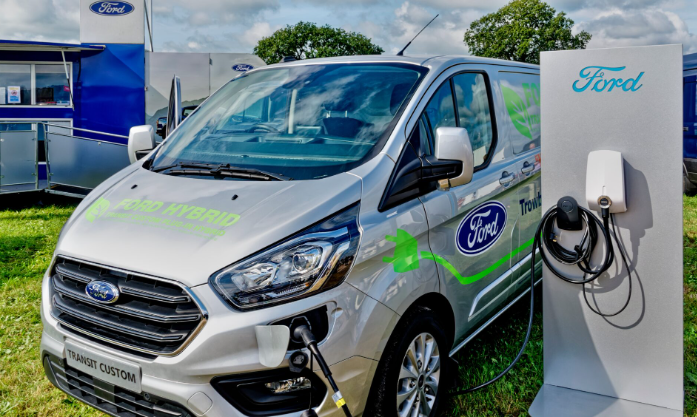 To help it pay for a multi-billion dollar spending spree on the production of electric vehicles, Ford Motor Company is laying off close to ten thousand people.

The laid-off employees in the Rust Belt whose employment were moved to Mexico and Southeast Asia by corporate executives who obtained their MBAs from progressive colleges and went on a cost-cutting binge, eliminating thousands of Americans in order to boost yearly earnings by a few percentage points.

The manufacturer intends to fire 8,000 workers to boost earnings and pay for the expansion of its EV manufacturing. Reuters estimates that Ford would spend $50 billion to produce 2 million EVs yearly by 2026 after selling 27,140 in 2021.

EJ Antoni, an economist at the Heritage Foundation, sounded off on Ford’s intention to lay off thousands of employees in order to fund the development of electric vehicles.

He claimed that these green energy scams are the last thing we need during a recession and add fuel to the fire. Manufacturers will stop producing traditional, dependable engines in the United States and switch to producing batteries elsewhere.

Additionally, it implies that new cars will cost more, which would impact America’s lower and middle classes even more by forcing them to drive older cars while they’re still available or switch to less appealing options like taking the bus.

While it appears that Ford will concentrate on increasing the manufacture of EVs that are similar to those that Biden and his administration support, Americans have, at best, had a muted reaction to the EV revolution.

Ford Motor Company formerly produced some of the most famous American cars of all time, including the Thunderbird, Mustang, Bronco, and F-150. It’s unfortunate that it changed its mind and fired thousands of workers to support the EV drive.