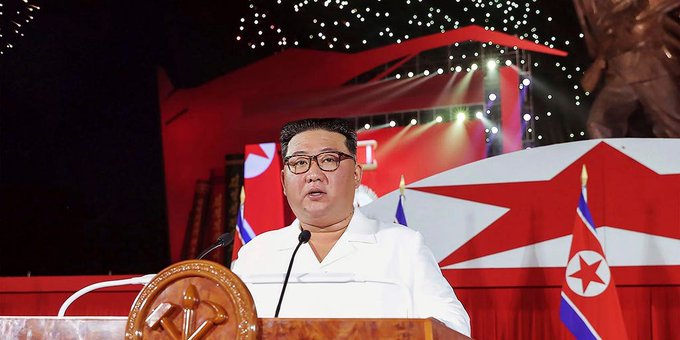 According to Thursday’s KCNA news agency, North Korea’s leader Kim Jong Un warned this week in a speech that his nation is prepared to deploy the full force of its nuclear weapons on the United States and South Korea.

In his speech on Wednesday, Kim stated, “Our armed forces are completely prepared to respond to any crisis, and our country’s nuclear war deterrent is also ready to mobilize its absolute power dutifully, exactly and swiftly in accordance with its mission.”

On the 69th anniversary of the cessation of hostilities, Kim addressed Korean War veterans in an apparent effort to strengthen national cohesion despite economic difficulties brought on by a coronavirus epidemic and U.S. sanctions.

Additionally, he asserted that the United States is demonizing North Korea to support its own aggressive foreign policy.

Yoon Suk Yeol, the recently elected president of South Korea, has chosen to take a hard approach against North Korea and create a strong military partnership with the United States. According to Kim, Yoon is under the influence of gangsters and conflict maniacs.

Yoon’s office responded to Kim’s comments by saying, “We once again urge North Korea to take the path of dialogue to achieve substantive denuclearization and peace,” adding that South Korea is capable of protecting itself.

United States and South Korean authorities claim that North Korea is about to perform its first nuclear test in five years.