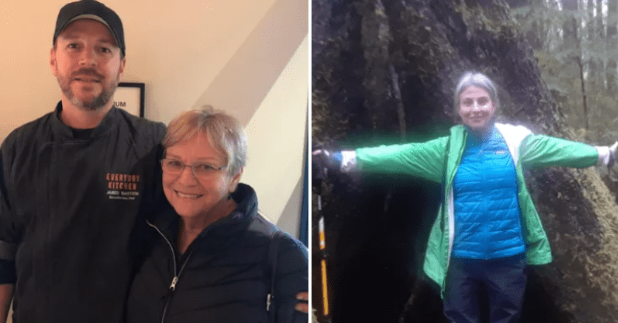 In a horrific vehicle accident in the Scottish Highlands, a mother, a sister, and a brother perished.

On August 10, a lorry struck Mary-Lou Mauch, 75, and her 45-year-old son Jared Bastion in their car on the A9 near Ralia, south of Newtonmore. Both were declared dead at the site. Kathryn Bastion-Strong, 46, the daughter of Mary-Lou, was evacuated to Ninewells Hospital in severe condition but passed away from her wounds on August 13—three days later.

Family members of the deceased claim to be inconsolable and to be having a hard time coping with the profound, unquenchable loss. Fundraising efforts have been started here and here to help Jared and Kathryn, affectionately known as Katie, who were both parents to three kids. At the time of publication, a total of about $75,000 had been raised.

For his three boys, Jared was a loving father who will be remembered. According to a family statement, “He was a true friend to many with a kind, generous heart and gentle spirit. He also had a love for music, mushroom hunting, and fine cuisine,”

“Jared had a lot more life to live and was taken from us far too soon. While all who loved him will feel this significant and profound loss, we hope that this will help ease some of the financial burdens so that his boys and their mother can focus on grieving and healing during this challenging time.”

After the collision on Friday, August 12, Katie’s aunt and her friend Chris took a flight to Scotland where they arrived on Saturday morning, August 13. They supported her all the way till she passed away the next day at 3.30 p.m. The three daughters of the victim were taken care of at home while Chris organized the Scottish processes.

The fundraiser stated, “She leaves a large imprint on this earth as a wife, a mother, friend, colleague, and neighbor. As her loved ones are struggling with angst, grief, and profound, unquenchable loss, we want to do whatever we can. This is one way to support them.”

The collision happened on the Ivrea-Santhià link route, which runs along the boundary of the provinces of Turin and Biella and links the A4 Turin-Milan and A5 Turin-Aosta. A Toyota Yaris and a Fiat Panda, both of which wound up on the side of the road, were both involved in the collision. The Marsala family was driving a Fiat Panda near Santhià when an accident claimed their lives, according to Daily Mail. The four Toyota Yaris occupants had to be flown to a Novara hospital with critical injuries.