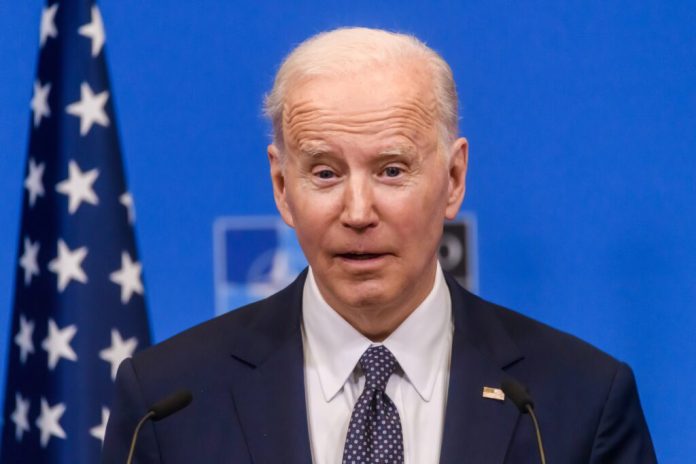 If Joe Biden leaves a legacy, it will almost certainly be a coin flip between America’s record inflation levels during his administration and his countless public gaffes.

During a trip to Asia yesterday, gaff-machine Biden gave the world another gem when he met South Korea’s new president Yoon Seok-youl for the first time.

Last night, Biden and Seok-youl visited a Samsung microchip facility in an effort to boost commerce and collaboration between the two countries.

He has NO idea where he is, or what they are talking about!

He SHOULD visit Taiwan too & tell them the USA has their back!

He won’t. Meanwhile the USA continues to collapse! pic.twitter.com/MrOD3SLTx7

The president was given a quick overview of how semiconductor wafers are created, and a representative from KLA, a California-based business, was on hand to clarify which aspects of the technology were made in the United States.

“And thank you, President Moon – Yoon – for everything you’ve done,” Biden stammered. President Moon Jae-in was Yoon’s predecessor, however it’s unclear whether Biden was confusing the two or simply slurring his words.

Misnaming the country’s president was not the first gaffe during this brief visit. Biden had mispronounced Taylor, Texas, where the South Korean IT company planned to spend billions earlier in the tour. Biden named it Tyler, Texas instead.

Biden has developed a reputation for making humiliating gaffes. Every time they wheel Biden out, he makes a cringe-worthy gaffe, from referring to Kamala Harris as his first lady to referring to Michelle Obama as vice president.