Biden Admin Has Lost Track of One-Third of Migrant Children 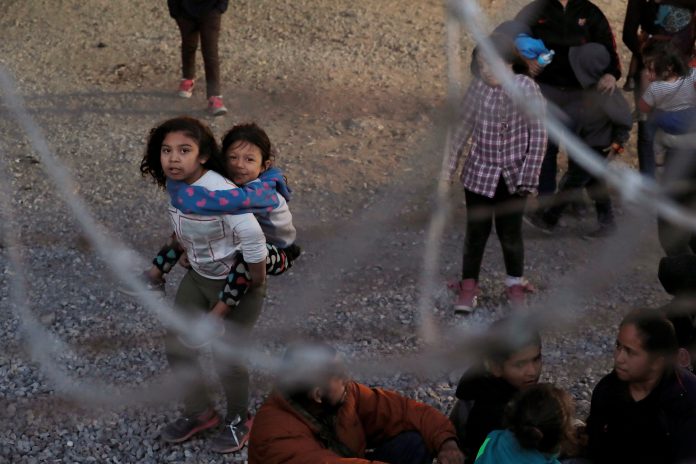 The Biden administration has lost contact with roughly one-third of migrant children caught and released between January and May, according to data obtained by Axios through a public records request.

According to data obtained from the Freedom of Information Act (FOIA), about one in three migrant children or their sponsors didn’t respond to calls within the first five months of President Joe Biden’s election. He also reinstated a catch-and release policy for illegally crossing the U.S.-Mexico Border.

“This is very dismaying,” Mark Greenberg, who oversaw the unaccompanied minors program during the Obama administration, told Axios. “If large numbers of children and sponsors aren’t being reached, that’s a very big gap in efforts to help them.”

Trump’s administration took steps to end catch-and-release. They imposed a “Remain in Mexico” policy and used Title 42 to restrict migration during the COVID-19 pandemic.

“While we make every effort to voluntarily check on children after we unite them with parents or sponsors and offer certain post-unification services, we no longer have legal oversight once they leave our custody,” a spokesperson for the Department of Health and Human Services told Axios, noting that sponsors do not tend to return phone calls and sometimes do not want to be contacted.

According to data obtained, the percentage of unsuccessful contacts increased from 26% in January, to 37% in May.

According to Axios, 65,000 minors who were unaccompanied crossed the border illegally between January and May. July was the highest-ever month in this category. This suggests that there is a growing problem with migrant children whom the government cannot find after they are released into the country.

Further, the Biden administration is making far fewer calls than the totals of migrant children released into the U.S. From Biden’s inauguration through May, HHS released 32,000 children but only placed 14,600 calls, according to the records obtained via FOIA.

Both March and April saw twice the number of minors released than check-in calls made the next month. This suggests that the administration isn’t fully monitoring unaccompanied children.

The Trump administration, on the other hand, was heavily criticized by Democrats and media for not keeping track of 1,500 migrant kids over a three-month period in 2018.

HHS’ Administration for Children and Families oversees migrant children and follows up after they are released with a 30-day call “to determine whether the child is still residing with the sponsor, is enrolled in or attending school, is aware of upcoming court dates, and is safe,” the agency website reads.