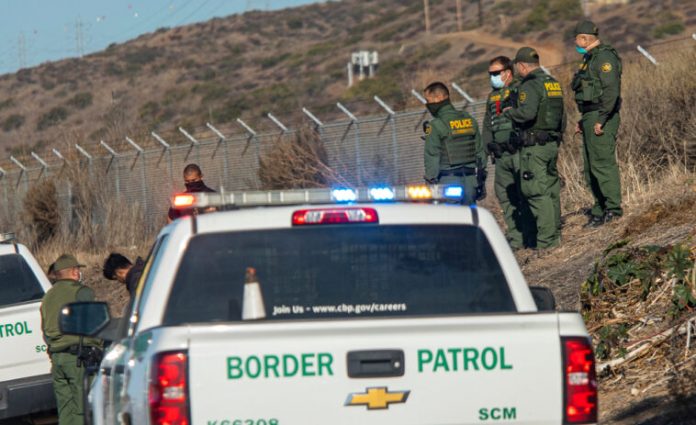 After learning that the federal government plans to assist Tajikstan in protecting its border with Afghanistan, U.S. border agents and immigration agents have reacted negatively to the Biden administration. They also plan on allowing thousands of illegal migrants into the country.

On Wednesday, the U.S. Embassy in Dushanbe announced a new project designed to build new facilities for a Border Service unit along the Tajik-Afghan-Uzbekistan border, which will enable Tajikistan’s border forces to deploy faster in response to threats in the area.

U.S. Border Patrol and other immigration agents were upset by the report, Fox News noted.

“With the record-setting pace of nearly a million encounters so far at the southern border, it’s heartening to see the Biden administration finally getting serious about border security. It’s just too bad it’s in another country,” one senior border official told the network.

The official said, “It’s a slap in the face to us”

According to reports, as many as 1,000,000 people have illegally entered the U.S. since January’s inauguration of President Joe Biden.

Tajikistan has committed to accepting 100,000 Afghan refugees. The country also hosts a Russian military facility, Reuters reported. It is also a member in good standing of the post-Soviet security group that Moscow heads. According to the Dushanbe embassy, the new facility will enable Tajik border security personnel to “deploy more forces quickly to border areas to respond to threats.”

Russia has increased its presence in Tajikistan and plans to conduct a month of exercises close to the Afghan border with Tajik forces.

The U.S.-Mexico frontier is becoming more porous. This is increasing political pressure on the Biden administration, at a time when President Obama is being criticized for his chaotic and deadly withdrawal from Afghanistan.

Alejandro Mayorkas, Homeland Security Secretary, stated last month that 212.672 migrants were seen along the southwest border in July. This is 13% more than the 188,000 who crossed the border the month before.

“Mayorkas emphasized at the time that 95,788 of those 212,000 encounters resulted in expulsions under Title 42 public health protections,” the network added.

Earlier this year, a survey found that the vast majority of Americans disapproved of Biden’s handling of the border.

According to an April ABC News/The Washington Post poll, 53% of those surveyed disapproved of how the Biden administration is handling a massive influx of migrants who have illegally crossed into the U.S., including 44% who strongly disapproved.

Meanwhile, a Fox News poll published Sunday found that an even wider majority believes that former President Donald Trump did a much better job of handling various crises at the border during his term.

“By a stark 46-15 percent margin, voters say U.S. border security is worse today than it was two years ago,” the network stated.

“By an 18-point margin, more disapprove (52 percent) than approve (34 percent) of his performance on immigration. Views are nearly identical on border security, as just over half disapprove (51 percent vs. 35 percent approve),” the report stated.