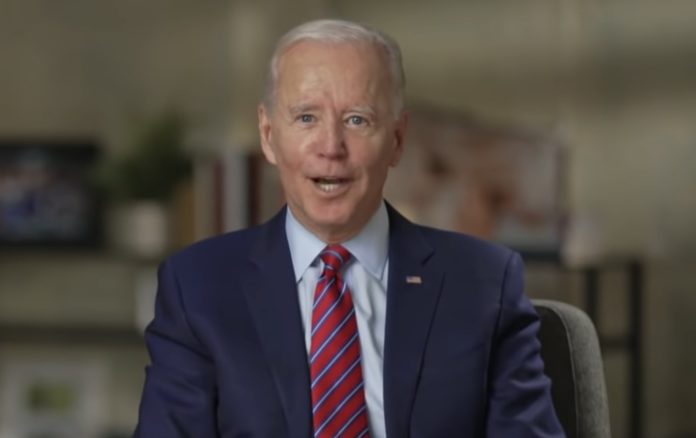 The Biden administration sent chilling instructions Sunday to Americans in Afghanistan trapped in it — Hide.

According to the U.S. Embassy, Afghanistan, “The security situation is rapidly changing in Kabul including at the airport.” Reports have surfaced that the airport was set on fire. We are asking Americans to take refuge in their homes.

Ned Price, the spokesperson for the State Department, claimed that there was no evacuation in the works or being conducted.

Price said, “This is not abandonment. This is not an evacuation. This is not the wholesale withdrawal. What this is (is) a reduction in the size of our civilian footprint.”

“The embassy remains open and we plan to continue our diplomatic work in Afghanistan,” he added.

Prayers for the Marines and other soldiers who are trying to get Americans out of Kabul.

Western Journal reports that even though the Taliban overtook Kabul, the embassy insisted that everyone have all the paperwork they need.

The embassy notices state, “U.S. citizens wanting assistance in departing the country should register for any option that might be identified to return to the United States, and must complete this Repatriation Assistance Request for each traveler in their group.”

“Spouses and minor children of U.S. citizens in Afghanistan who are awaiting immigrant visas should also complete this form if they wish to depart. Please do so as soon as possible. You must complete this form even if you’ve previously submitted your information to the U.S. Embassy in Kabul,” it stated.

“Do not call the U.S. Embassy in Kabul for details or updates about the flight. This form is the only way to communicate interest in-flight options.”

The Afghan and American flags in Kabul are down. The Taliban flag will soon be flying along side that of Al Qaeda as we head into the 20th anniversary of 9/11. I’m disgusted.

Biden disappeared from Washington, D.C. over the weekend as he preemptively withdrew U.S troops from Afghanistan. He also allowed Taliban militants to overrun Kabul and to take control of the region.

The lives of American citizens were put at risk at the embassy. According to reports, the flag was taken down, and that the U.S. ambassador fled. It is very likely that the Taliban will terrorize its own people, particularly women and girls. They are likely to kill anyone who has helped us.

Biden left D.C. for Camp David, the presidential retreat. Biden was criticized for being “in hiding” and “on vacation” during the terrible events in Afghanistan.

Senator Tom Cotton immediately called out the president, declaring: “Why is Joe Biden in hiding?”

“He should immediately address the nation and answer for the catastrophic situation in Afghanistan,” Cotton conintueConference calls between cabinet secretaries and senators don’t cut it in a crisis,” Sen Tom Cotton (R-AR) said.

Cotton, who graduated both from Harvard College and Harvard Law School, was also an infantry officer in June. He rose to the rank captain before being discharged honorably in 2009. Cotton served two tours with the U.S. Army, one in Iraq and another in Afghanistan. Cotton received the Bronze Star as well as the Combat Infantryman Badge.

Biden has finally returned to the White House in order to address the nation on the crisis.

"Two Marines, standing by the runway at the Kabul airport, acknowledged that they were living a moment of history. A little earlier, they said, someone walked by after exiting one of the helicopters cradling a poorly folded American flag: It had just come down off the embassy" https://t.co/Npq7jW5Nrk

Kabul is in chaos, panic & mayhem.

Americans being told to "shelter in place" while bloodthirsty jihadists hunt them.

There will be American hostages & bloodshed.

All of it will be Joe Biden's fault.