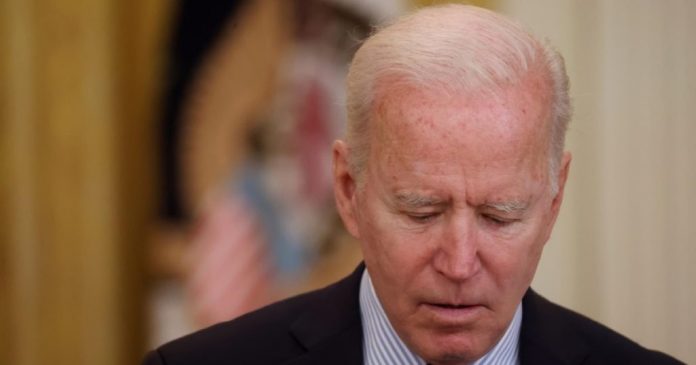 Many Americans have known for months that President Joe Biden abruptly reversed many of his predecessors’ successful policies on immigration and border security is indefensible. This has led to the current chaos and influx of migrants.

Alejandro Mayorkas (Department of Homeland Security (DHS), Secretary) has revealed that he was a senior member of Biden’s administration. This is in audio of remarks he made to Border Patrol agents in Texas. Fox News reported.

Fox obtained the audio from an unidentified source at U.S. Customs and Border Protection agency. The head of DHS stated that the current situation at southern U.S. borders is “unsustainable” and that he would lose all control if the “first defense line” at the border was not maintained.

In a private meeting with Border Patrol agents on Thursday that was surreptitiously recorded, Mayorkas said, “A couple of days ago I was down in Mexico, and I said look, you know, if, if our borders are the first line of defense, we’re going to lose and this is unsustainable.”

He also acknowledged that he “very well” knows that the border situation in Texas, especially in that section, is at “breaking point”, adding that “It is our responsibility to ensure that that doesn’t happen again.”

Listen To The Tape Here:

Fox reported that Sec. Fox reported that Mayorkas was subject to criticism from Border Patrol agents during the meeting. He responded by highlighting the various efforts he’s making to improve their situation. This includes getting them hazard payment and additional manpower. Also, enacting tougher enforcement measures against lawbreakers.

The New York Post reported the leak of Mayorkas’ audio on July 2, the day after the secretary stated in a press conference that 212,000 illegal border crossings were stopped in July. This is a record for the month and more than 12% more than June’s.

This shocking admission, which totally undermines the positive spin that the Biden administration has put on the border situation, prompted rapid rebuttals by prominent Republican critics. House Minority Leader Kevin McCarthy (R-CA) tweeted, “Glad Secretary Mayorkas agrees — the situation at the border is ‘unsustainable’. What is their plan for fixing it?

Sen. Josh Hawley (R-MO) wrote on Twitter, “These are the most honest words I’ve heard from the mouth of Secretary Mayorkas. Joe Biden has totally lost control of the border.”

More to the point, a tweet from Sen. Ted Cruz (R-TX) stated that Biden and Vice President Kamala Harris were the “root cause” of the current “open borders” crisis, in that it had been created by their own policies of restoring “catch and release” for apprehended border crossers, had “halted construction of the border wall,” and had ended Trump’s successful “Remain in Mexico” policy for asylum-seekers.