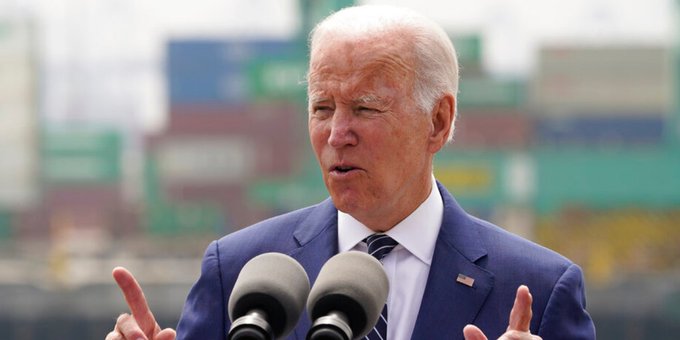 In a Labor Day address in Wisconsin, President Biden slammed “MAGA” GOP members of Congress as the president ramps up his criticism of Republicans in front of the November elections.

With elections coming up and Democrats experiencing some campaign momentum, the president has been known to hit harder against his political rivals. In a significant speech on Thursday in Philadelphia, Biden said that Republicans are undermining equality and democracy. He also accused them of supporting a form of fascism.

On Monday, the president brought up the assaults in Wisconsin once more, this time with Sen. Ron Johnson, a vulnerable Republican from Wisconsin, as his target.

Johnson was referred to by Biden as one of the “MAGA Republicans, the far right, the Trumpies,” in stinging remarks, linking him to certain Republicans’ unfounded accusations that the 2020 election was rigged and to the attack on the Capitol on January 6, 2021.

“Extreme MAGA Republicans don’t just threaten our personal rights and our economic security. They embrace political violence,” according to Biden.

Additionally, Biden criticized Johnson for supporting a plan by Florida Senator and Chairman of the National Republican Senate Committee Rick Scott, R, to have federal laws expire after five years. The president claimed it would jeopardize programs like Social Security and Medicare and charged Johnson of intending to destroy such initiatives.