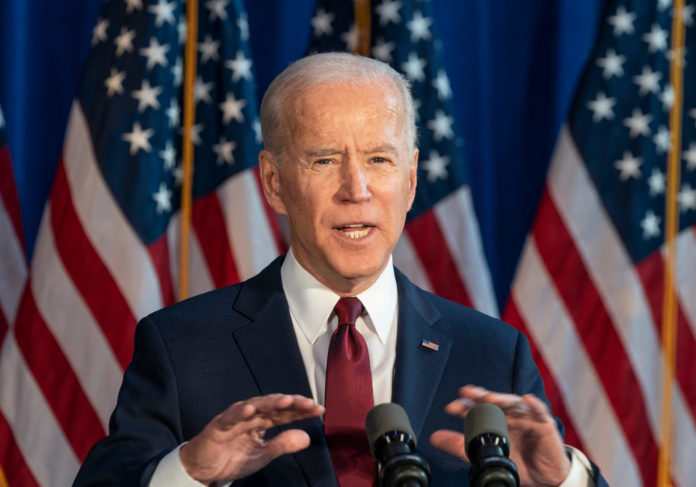 Biden has once again called Vice President Kamala Harris the president of the United States.

The 79-year old president made the error and didn’t attempt to correct it. He just continued to roll with it.

After making this mistake, Biden continued to speak about voting rights and falsely claimed that he was arrested in a civil rights demonstration. Then, he turned his attention to the Capitol riot of January 6th. He even called it a coup.

Biden should take a look at Myanmar, a young democracy that fell under the military regime if he really wants to understand what a coup looks like.

Biden’s comparison to January 6th as a coup is insulting to thousands of freedom-of-expression advocates worldwide who have lost their lives due to an actual coup.

During the 2020 campaign trail, Biden falsely claimed he attended an HBCU. Biden proudly touted that he attended Delaware State University, which was false. He attended the University of Delaware in Wilmington.

After many believe that Ford predicted the future, a video of Gerald Ford has been appearing on social media.

Many people feel eerie that the 38th president died in 2006 because they believe he predicted Biden’s death.

The video is a brief history of Ford’s speech to a group of children at Herbert Hoover Libary almost 20 years after he resigned from office.

A young girl asked him, towards the end of his time with the children what young girls should do to become president of the United States.

Ford did not answer the question but stated rather bizarrely that the first female president would be the result of a male President dying and a female Vice President replacing him.

Ford’s only message was to follow your dreams. But instead of telling a group of children that the first female president of America would be the result of the death of a male president, he actually told them.

The United States currently has a female vice-president for the first time ever. Joe Biden, America’s oldest president, is also in the mix.

Ford’s prediction may not be as insane as it seems.