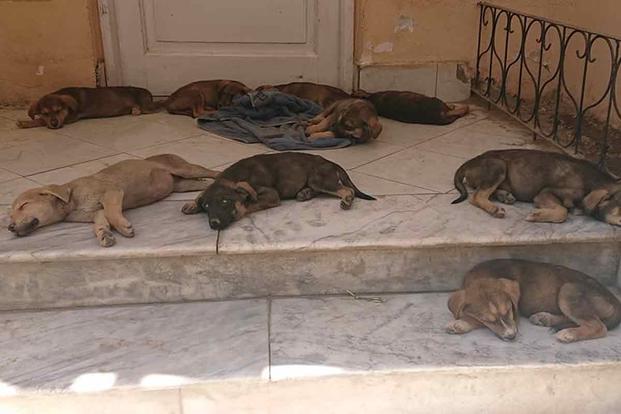 If you are going to leave American citizens behind enemy lines, there’s probably a decent chance you won’t have any issues with leaving behind dozens and dozens of man’s best friend. Because at the end of the day, Joe Biden and his staff don’t really care about anything.

Here’s the statement from the president and CEO of the Humane Society, taken from PRNewswire:

I am devastated by reports that the American government is pulling out of Kabul and leaving behind brave U.S. military contract working dogs to be tortured and killed at the hand of our enemies. These brave dogs do the same dangerous, lifesaving work as our military working dogs, and deserved a far better fate than the one to which they have been condemned.

This senseless fate is made all the more tragic, as American Humane stands ready to not only help transport these contract K-9 soldiers to U.S. soil but also to provide for their lifetime medical care.

American Humane has worked hand in hand with the military for more than 100 years to rescue military animals. In fact, our famed rescue program began on the bloody battlefields of WWI Europe, at the request of the U.S. Secretary of War. Since that time, American Humane served as a pioneer in the development of animal therapy for returning veterans, and today brings home retired military working dogs and pairs veterans with life-saving service dogs.

As the country’s first national humane organization and largest certifier of animal welfare in the world, it sickens us to sit idly by and watch these brave dogs who valiantly served our country be put to death or worse.

In order to prevent this tragedy from occurring, these K-9’s should be loaded into whatever cargo space remains and flown to safety.

Irrespective of the outcome, this gross oversight of justice must be stopped from happening again, as it did in Vietnam too. To that end, we call on Congress to take action to classify contract working dogs on the same level as military working dogs. Failure to do anything less, is a failure of humanity and a condemnation of us all.

LOOK AT THIS PICTURE: