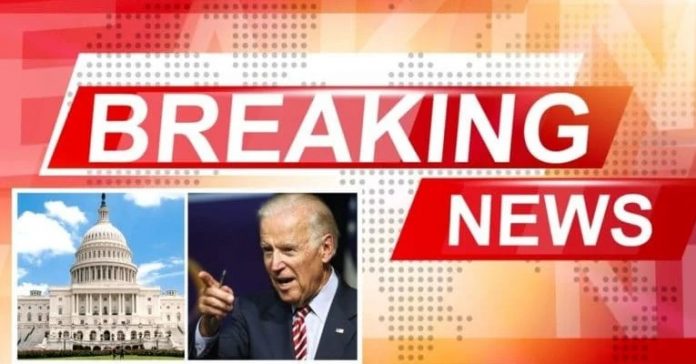 Joe Biden has dreams of becoming the next FDR. But those dreams are quickly evaporating.

The man seeks to push radical spending to “fix” our country. But this spending, which he claims to be for infrastructure, appears anything but.

He was forced to compromise with Republicans to come up with a watered-down version of his $6 trillion agenda. That’s after moderate Democrats voiced their own concerns

But he is poised to lose another liberal, one he might not have been expecting.

Sanders said he would not support the infrastructure bill if it were to raise money through new taxes on electric vehicles or gas, both of which are often-cited methods of raising the necessary revenue…

“If it is regressive taxation — you know, raising the gas tax or a fee on electric vehicles, or the privatization of infrastructure, no I wouldn’t support it, but we don’t have the details right now,” he continued.

You might be surprised to learn that Sanders is not on board with Biden’s radical spending plan.

That’s because, while he is a bigger socialist who loves spending money, he’s not willing to do it at the expense of everyday folks.

Bernie’s big enemy is big business. And his radical goals involved taxing and regulating major companies into the Dark Ages.

But a gas tax or a fee on EVs don’t hurt the “one percent.” They are actually heavy burdens on working and middle-class families.

The gas tax wouldn’t hurt the big oil industry–a group Bernie would love to take down. That tax hits Americans at the pump.

Why would Bernie, who claims to be a man of the people, support that?

For all of Sanders’ radical, Soviet-inspired plans, he does mean what he says about putting working Americans first.

His ideas for them are terrible–and involve hurting major companies that employ millions of Americans.

But at least he’s not like Biden–who pushes leftist plans that hurt Americans, but ironically enrich the ruling elite.

Do you think Democrats will fail to ram their expensive infrastructure plan through?