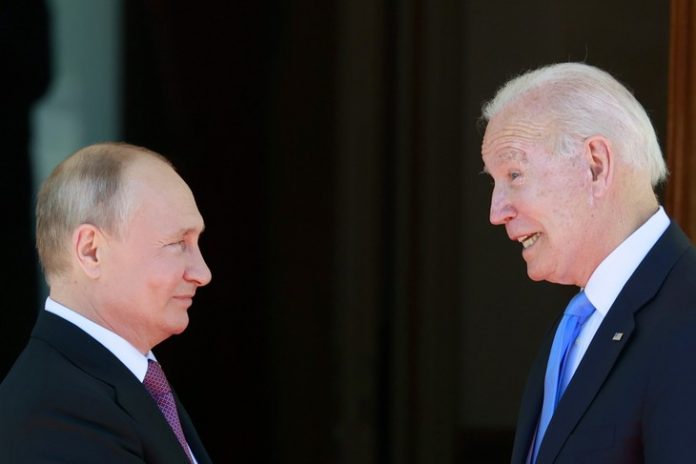 Joe Biden’s summit with Putin, like the rest of his European tour, was an absolute disaster. Putin denied he is behind cyberattacks and gave no ground on anything. Meanwhile, Biden has lifted sanctions and greenlit Russia’s Nord Stream 2 pipeline. And while some in the media desperately tried to spin the meeting as a series of Biden’s strength, the rest of us saw what actually happened.

Apparently, CNN’s Kaitlan Collins, who made her name battling former President Donald Trump, noticed it, too. She tried to question Biden on why he has any confidence in Putin. What followed was totally surreal. Biden ripped into her, insulting her multiple times while completely undermining his prior tenor about the summit.

CNN's @KaitlanCollins: "Why are you so confident [Putin] will change his behavior, Mr. President?"

Biden: "I'm not confident I'm going to change his behavior. What the hell? What do you do all the time? When did I say I was confident? I said….let's get it straight…." pic.twitter.com/h3wctccQRz

Look, Biden is senile. Given that, I expect him to pop off and be unable to control his emotions. However, this is so far gone that it’s genuinely shocking to watch. Not only does he insult her multiple times in the beginning, but he insults her as he’s walking off in a huff. Obviously, if a Republican treated a female reporter such as this, it would be the top story on CNN for the next two decades straight. I mean that literally — they wouldn’t stop talking about it for a couple of years. This is that bad.

What’s so ironic is that Collins is a staunch defender of the Biden White House. She is just about as partisan as it gets when it comes to White House correspondents. Biden, likely not even knowing who she is because he’s senile, launches into her anyway. It’s not like her question was unfair. In actuality, it was teed up for Biden to calmly lower expectations while seeming to maintain control. Instead, the guy has an absolute meltdown.

The real question is how the media are going to respond to this. As I shared this afternoon, the press corps were already perturbed at Biden for how he treated them during the summit, allowing Russian security to forcibly remove them from the assembly room. Now, he’s yelling at favorable media outlets like he is off his meds, probably because he is actually off his meds. Will they go hard at him with this attack on freedom of the press? Will Brian Stelter, whose defeat is supposedly covering the media, condemn this barbarous assault of one of his network’s own reporters?

I believe we know the answer to that. The press, like they always do, will fall in line. Perhaps we’ll get a few meek denouncements, but it is going to stop there and they’ll be back to licking his boots right away.