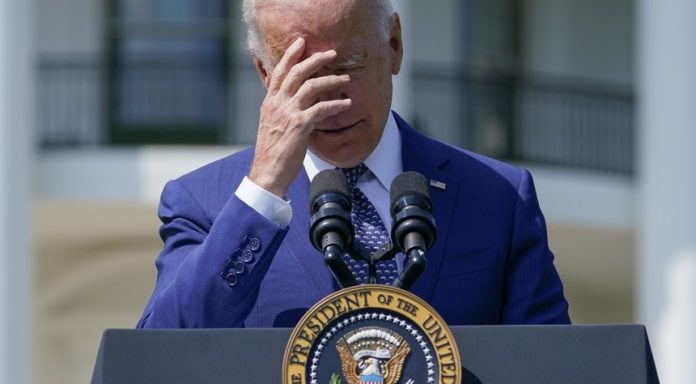 Australians were shown a glimpse of what Americans are regularly exposed to on an almost daily basis. This was after a cringeworthy exchange between President Joe Biden with Australia’s Prime Minister Scott Morrison. The broadcast was broadcast live on the White House feed and some Australian and United Kingdom news outlets.

Towards the closing of the meeting, Biden thanked Johnson for his continued support of his country and their strategic alliances with the United States.

However, it was when Biden reached out to Morrison to express his gratitude that things became more awkward. Biden seemed to forget Morrison’s name instead of calling him by his name, which is a standard procedure in these situations.

“Thank you, Boris. And I want to thank that fella down under. Thank you very much, pal. Appreciate it, Mr. Prime Minister,” Biden stated to Morrison, smiling as he turned back to face the camera to finish the remainder of his prepared remarks.

At the announcement of a joint deal with the U.K. and Australia on advanced defense tech sharing, President Biden doesn't mention Australian Prime Minister Scott Morrison by name, instead saying "I want to thank that fellow 'down under.' Thank you very much, pal." pic.twitter.com/4bakPVSdQ7

This embarrassing moment has not been reported by any U.S. news outlets (except maybe Fox News or the New York Post). It would be surprising if they did. They are usually in Protect the Precious mode. However, major media outlets in Australia and the UK reported on the incident and made it the focus of their tweets and write-ups.

Politico EU headline says “That fellow from Down Under” — Aussies cringe when Biden seems to have forgotten PM’s name.”

Fairness aside, Biden mentioned Johnson and Morrison in the title and name about 10-15 seconds later. However, I think the teleprompter may have had something to do with it.

Although Biden’s mistake of forgetting the name of a leader of a country was not funny, I found it quite humorous to see the reactions from random Aussies via Twitter. Some joked that Biden should have used “mate”, instead of “pal”, to address Morrison, while others joked about how they wish they could forget their Prime Minister, given the harsh state of things in the land Down Under.

Check Some Of Those Tweets Here:


Joe Biden appeared to forget Australian Prime Minister Scott Morrison's name during a speech at the White House, calling him “the fella from Down Under”. https://t.co/2nEK61TaBD