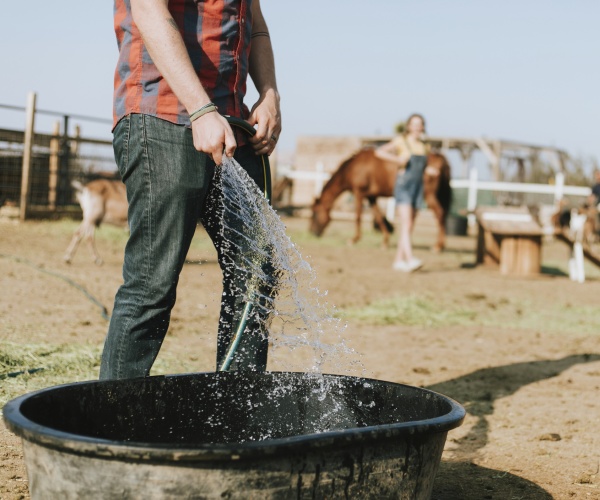 The Biden government’s decision to reverse the Navigable Waters Protection Rule is going to be a disaster for farmers and ranchers, the mind of the country’s largest farm group says.

Environmental Protection Agency Administrator Michael Regan”recently recognized the flaws in the 2015 waters of the U.S. rule and pledged not to return to those overreaching regulations,” American Farm Bureau Federation President Zippy Duvall said in a statement reported by Progressive Farm.

“We are deeply concerned that the EPA plans to reverse the Navigable Waters Protection Rule, which puts the future of responsible protections at risk. We expected extensive outreach, but today’s announcement fails to recognize the concerns of farmers and ranchers.”

“After reviewing the Navigable Waters Protection Rule as directed by President Biden, the EPA and Department of the Army have determined that this rule is leading to significant environmental degradation,” Regan said in a statement, pointing to data that found at 333 jobs that could have required Clean Water Act dredge-and-fill permits that no longer require federal approval.

Rep. Kelly Armstrong, R-N.D., in a statement Wednesday said he is optimistic the EPA will hear the concerns of farmers and ranchers.

“The waters of the United States rule (2015) would have been a disaster for North Dakota’s farmers and ranchers,” Armstrong said. “The Trump administration was right to revise the [Waters of the United States] rule and put forward a policy that strikes a balance to keep our waters clean without destroying thousands of North Dakotans’ livelihoods. I’m grateful to Administrator Regan for coming to North Dakota and listening to our concerns with this rule, and I recommend the Biden government to take into account the damage to our communities that moving back to failed long-term policies could cause.”

The EPA said the new rule would reflect the”experience of and input from landowners, the agricultural community which fuels and feeds the world, states, tribes, local governments, community organizations, environmental groups, and disadvantaged communities with environmental justice issues.”