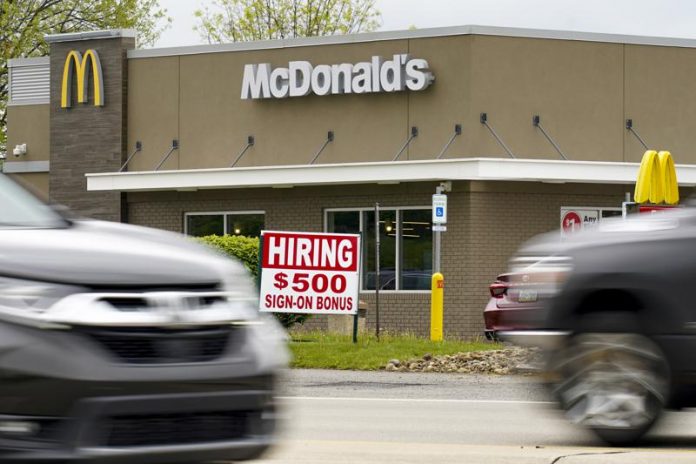 Texas Governor Greg Abbott’s recent decision to decline further federal unemployment aid turned out to be a wise one, with official numbers from the Department of Labor showing that U.S. employers posted a record number of vacant jobs in April. The numbers were significantly beyond the expectations for the month, and the figures for March were also revised upwards.

In April, available jobs nationally jumped by 12%, hitting 9.28 million. The closest number the Department of Labor could find on record came from the year 2,000.

When compared with the number of hirings in April, it becomes clear just how damaging the Democrats’ push to keep unemployment benefits high has become, with just 6.1 million hires. It’s an indication that businesses are seriously struggling to fill vacant positions and one more explanation for why prices just keep going up under the Biden administration.

The federal government reportedly hired 10,000 people, and the combined hiring number for the food services and accommodation industry reached 232,000.

On the construction side, hiring fell by 107,000. Durable goods manufacturing was also severely hit by a lack of hiring, with that number falling by 37,000.

It turns out if the government is paying people to stay at home…they will probably stay at home.

The figures, which were released on Tuesday, show that the additional $300-per-week in unemployment benefits is likely giving people enough money to remain comfortable without going to work. And, with no end in sight, there is no indication that these jobs numbers will get any better any time soon.

It’s great news that the economy has new jobs available, but prices will continue to rise and businesses could soon start going under if the government doesn’t give the workforce a reason to get back out there and work.