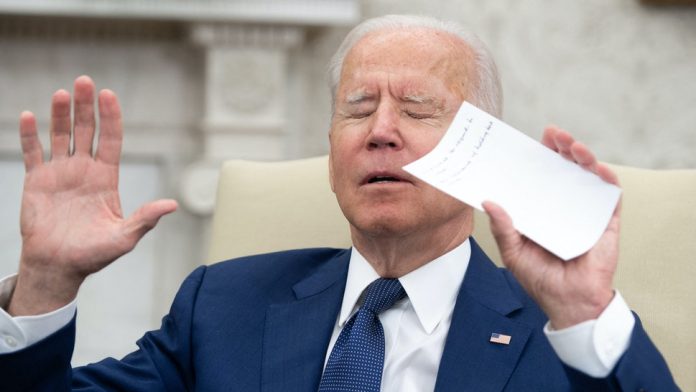 On Monday, President Joe Biden snapped at the female reporter after she asked a question not related to his meeting in the Oval Office with Mustafa Al-Kadhimi, Iraqi Prime Minister.

“Mr. President, Veterans Affairs is going to have a mandate for its healthcare-” NBC’s Kelly O’Donnell said before being cut off by Biden.

“You are such a pain in the neck, but I’m going to answer your question because we’ve known each other so long,” Biden responded. “It has nothing to do with Iraq.”

Scott Jennings, CNN’s political commentator, responded to the incident on Twitter by writing: “Verbally abusive & dismissive of a woman journalist. This keeps happening over and again. “Why?”

"You are such a pain in the neck, but I'm going to answer your question," President Biden said to a reporter while meeting with Iraqi Prime Minister Mustafa Al-Kadhimi at the White House. pic.twitter.com/q8H3Sjkzeg