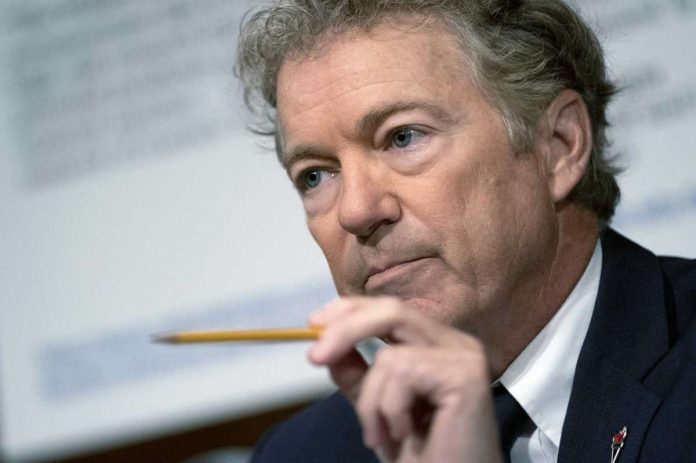 Rand Paul (R.KY) fulfilled a key promise. He sent a criminal referral to the DoJ regarding Dr. Fauci, who was allegedly lying to Congress.

Paul warned Sean Hannity about the criminal referral during a Fox News appearance and informed Sean Hannity that a criminal referral would soon be sent to the DoJ. Referrals would claim that Fauci openly lied about whether the NIH funded gain-of function research at the Wuhan Institute of Virology. This is widely believed to have been the source of the COVID virus.

“He should be punished,” given that “he’s lying about whether or not he funded gain-of-function research,” Paul asserted.

Paul fulfilled his promise and sent an AG Merrick Garland a criminal referral just days ago.

As part of the referral, Paul “[urges] the [DoJ] to open an investigation into testimony” delivered by Dr. Fauci on May 11, 2021 to the United States Senate Committee on Health, Education, Labor, and Pensions.

In addition, Paul also informed Garland about various comments that had been made by Dr. Richard Ebright, a molecular biologist. This past May, Dr. Ebright asserted that the research funded by the NIH “matches, indeed, epitomizes” the explicit definition of “gain-of-function research of concern.” In fact, the concerns were so great that federal funding for this type of research was subsequently “paused” from 2014-2017.

Paul also pressed Garland to start a review into whether or not Fauci may have violated 18 U.S.C. § 1001, which sets the parameters for the presumed crimes committed by Dr. Fauci. Specifically, this law makes it a crime to present “any materially false, fictions, or fraudulent statement or representation” over the course of any type of “review” or “investigation” being conducted by Congress.

In his criminal referral to the DoJ, Paul asks the department to consider “whether Dr. Fauci’s statements to Congress on May 11, 2021” constitute a violation of that statue, as well as any others.

It is not clear whether the DoJ will conduct a formal investigation into Fauci’s matter despite the points Paul made. A criminal referral is a request for further investigation.