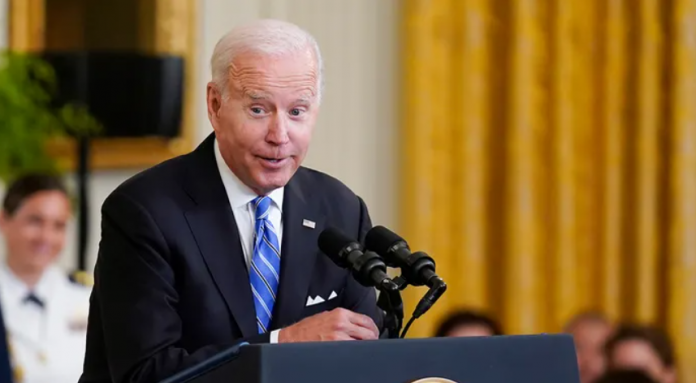 President Joe Biden plans to sign an executive order on abortion access on Friday, according to three individuals with knowledge of the situation, two weeks after the US Supreme Court reversed Roe v. Wade.

Biden will talk on Friday morning about preserving access to reproductive health care services, according to the White House. He is expected to describe steps to try and lessen certain possible punishments that women who seek abortions may experience following the verdict, but they have a limited authority to protect access to abortion across the country.

If extremist governors try to block a woman from traveling from a state that prohibits her from seeking the medical help she needs to a state that provides that care, we will act to protect her bedrock rights.

The Departments of Justice and Health and Human Services are anticipated to get instructions from President Biden to fight any state attempts to restrict a woman’s ability to travel across state borders for a legal abortion or to obtain federally authorized abortion medicine.

President Biden’s executive order will instruct agencies to cooperate to enlighten healthcare providers and insurers about how and when they are obligated to share confidential patient information with authorities in an additional effort to safeguard women seeking abortions. In addition, he will request that the Federal Trade Commission take action to safeguard the privacy of online users looking for information on reproductive care.

Vice President Kamala Harris will listen to the president’s speech on Friday morning, according to the White House, before meeting with state legislators from Indiana, Florida, South Dakota, Nebraska, and Montana who are actively defending reproductive rights.

Following the Supreme Court’s decision in Roe v. Wade, which effectively terminated recognition of an abortion constitutional right and allowed individual states the authority to approve, restrict, or outright ban the procedure, many on the Left have criticized the president for not taking greater action.

For his part, President Biden has emphasized that Congress has the power to codify abortion rights and that his capacity to defend access to abortion in states where officials choose to restrict or outlaw it is constrained.

Additionally, Biden stated on Wednesday that the filibuster should not prevent Roe from being codified. However, they do not currently have enough votes to modify the filibuster. In order to place this law on Biden’s desk, additional Democratic senators must be elected in November, along with a majority in the House.