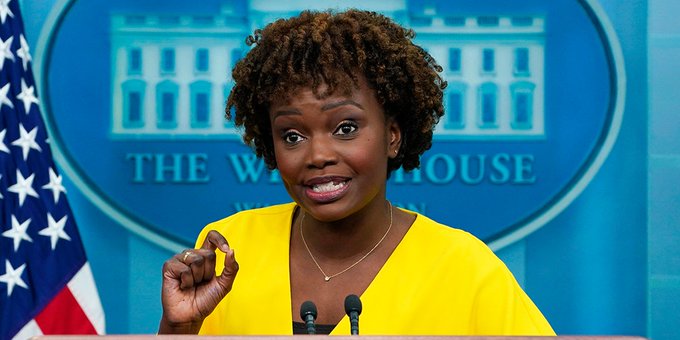 On Monday, someone questioned Jean-Pierre about why immigrants are permitted to enter the country illegally without having had a COVID-19 vaccination, while a foreign passenger going by plane is not.

Peter Doocy, a White House correspondent for Fox News, posed the query at the news conference, “Somebody unvaccinated comes over on a plane. You say that’s not OK. Somebody walks into Texas or Arizona unvaccinated, they’re allowed to stay? Why?”

“But that’s not how it works,” Jean-Pierre stated.

Jean-Pierre continued by outlining the administration’s actions on the border, comparing them to the previous administration’s emphasis on building a wall and incorporating greater DHS funding and international cooperation.

Agents of the Border Patrol are on the front lines of the massive migration of migrants across the border. Within hours of being apprehended, Border Patrol migrants are often processed and let into the US. Meanwhile, in just one fiscal year alone, more than 500,000 illegal aliens have eluded Border Patrol.

The comments astounded the agents.

“There’s only two reasons she said that, and that is either she is extremely dumb or she is flat-out lying and hopes America is so stupid we would believe her. 18 USC 1001 says it is a federal crime to knowingly make false statements to the U.S. government. Too bad the government is not held to the same standard as the citizenry, and that is assuming Jean-Pierre is not dumb but just a liar.”

Others pointed out the White House’s overall unwillingness to travel to the border itself; Vice President Kamala Harris last went there in the summer of 2021, while President Biden hasn’t.