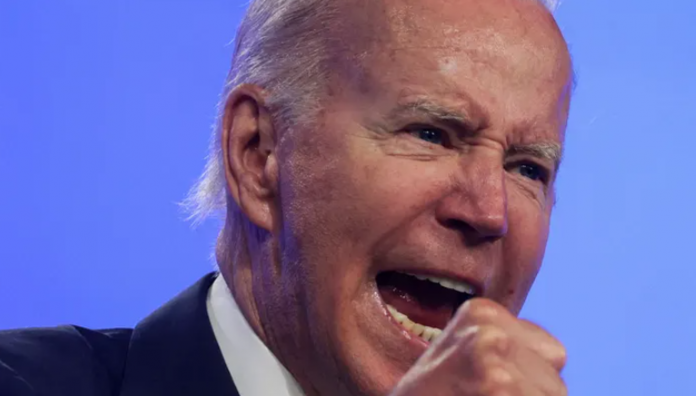 Many Twitter users criticized White House press secretary Karine Jean-Pierre on Wednesday for disparaging a sizable portion of the American voters on behalf of President Biden.

She continued by saying that they merely disregard the law and are working toward a goal that revokes people’s rights.

Many individuals on Twitter criticized the White House press secretary’s remarks, claiming that rhetoric like those of people like her and Biden is what is really separating the nation.

Mike Huckabee, a former governor of Arkansas, denounced the remarks as divisive. “Joe’s ‘unity’ message to half of America? How does this partisan attack at the taxpayer funded podium not violate the Hatch Act, much less violate common sense and reality?”

For The Washington Free Beacon, investigative reporter Chuck Ross penned, “Pretty remarkable to see someone from the White House podium say that a group of ‘energized’ voters poses ‘an extreme threat to our democracy.’”

Christine Villaverde, a Republican running for the North Carolina House, voiced a similar criticism of Biden’s failure to bring the country together, “And this is supposed to unify a Nation? This Administration is committed to sowing further seeds of discontent and animosity. America deserves better. #Redwave2022 @NRCC @gop @ncgop @wakegop.”

Rep. Thomas Massie, R-Kentucky, criticized Biden’s leadership on a number of topics in response to the remarks.