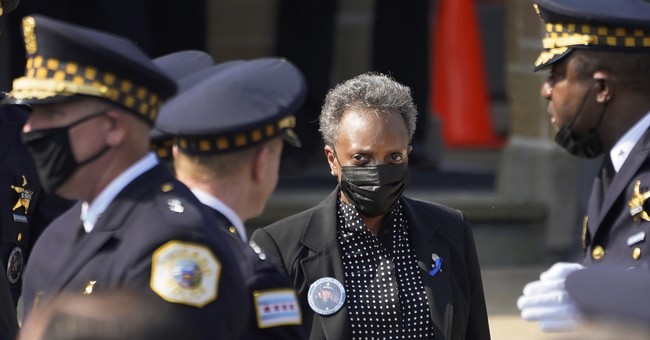 Lori Lightfoot, the Democrat mayor of Chicago, has come up with a new justification for why crime continues to climb in her city, and it’s still not her or other Democrat officials’ soft-on-crime policies. This time, Lightfoot is bemoaning a lack of love as the reason why so many people in Chicago turn to crime.

Carjackings are among the violent crimes on the rise in Chicago, as they are in many other cities. According to the Chicago Police Department, 57 percent of carjackings in the city are conducted by adolescents, and Lori Lightfoot’s latest reason for the soaring crime rate is neglected children.

“There are too many young people in this room that feel unloved, and we need to change that if we are going to change the trajectory of their lives,” Chicago Mayor Lori Lightfoot said. https://t.co/p667WoTEkj

“Too many young people in this room feel unloved, and we need to alter that if we are going to change the direction of their life,” Lightfoot remarked over the weekend at an event with young inhabitants of her city. She went on to say that we can’t arrest our way out of violence in Chicago.

It’s an issue when young people believe they have no other choice but to live a life of crime. However, the root causes of that problem are more left-wing policies that seek to make people dependent on government through an ideology that tries to persuade Americans, particularly young people, that the system is rigged against them and that they can’t live a full and rewarding life without government assistance.

True love would be demonstrating to Chicago’s youth that their choices have both positive and negative consequences, and that they may accomplish greatness if they take charge of their own destiny. Pushing them to dream large, become community leaders, and start enterprises would go a long way toward giving young people optimism, which would fuel their adult development. Instead, Lightfoot pursues more social justice-inspired initiatives that turn young people into carjackers instead of job creators or the next generation of community officials.