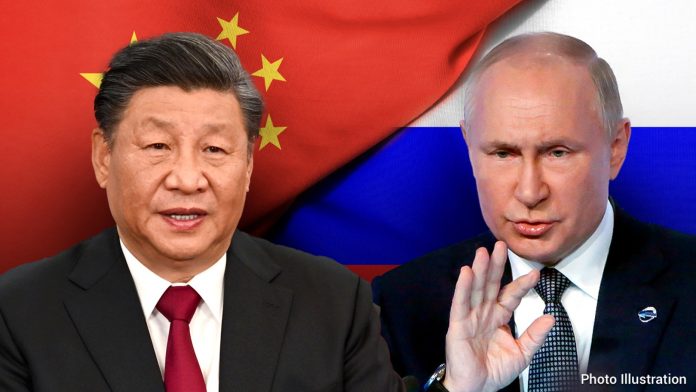 According to a transcript of a call between the two allies, Xi stressed the need of rejecting a Cold War mindset and stated that he takes all countries’ justifiable security concerns seriously and respects them.

Russia’s siege of Ukraine is a threat to the United States, according to the top Republican on the House Intelligence Committee, who told Fox News that if surrounding NATO allies were attacked, America would have to intervene.

After months of stockpiling soldiers on Ukraine’s border, Russia launched an invasion on Thursday, reaching the capital after only one day of warfare.

Putin has stated unequivocally that his goal is to reunite the Soviet Union’s geographical area, and Turner believes that we should believe him.

In 2020, US President Joe Biden actively campaigned and tweeted that Putin does not want him to be president, implying that the Russian leader is apprehensive of him.

Under Biden’s direction, Putin invaded Ukraine for the second time on Thursday. After annexing Crimea in 2014, when Biden was vice president, the Russian leader was sanctioned.

After Crimea was attacked and occupied by Russia, the Obama administration failed to rise to the occasion.

Putin sees an opportunity to do so for the least amount of money, given the Biden administration’s weakness during the Afghanistan withdrawal and mixed messages about Ukraine, according to Turner, who added that Putin is likely thinking about the Obama administration’s response to the previous invasion.