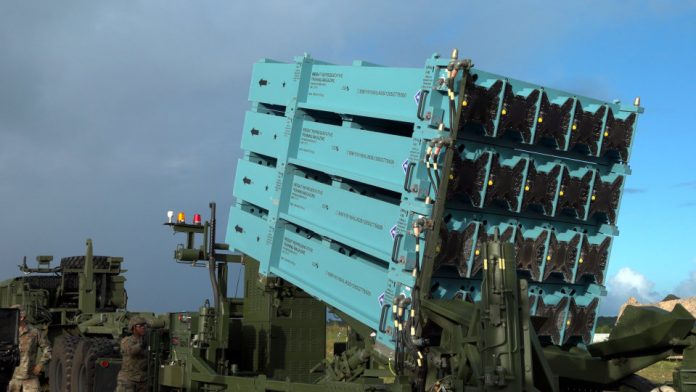 China is hastening the building of more than 100 missile silos capable of housing nuclear warheads capable of reaching the United States, ostensibly to discourage American forces from engaging in a future fight over Taiwan, according to the country’s authorities.

Despite the fact that Beijing has accelerated its nuclear weapons growth in recent months, the government insists that its strategy is to merely keep the arsenal sufficient to protect the country’s security interests.

Intelligence analysts and private-sector businesses estimate China’s nuclear arsenal to be in the hundreds, significantly less than the United States or Russia, which both have around 4,000.

According to Pentagon sources, if China keeps expanding its technology at its current rate, it will have slightly over 1,000 nuclear weapons by 2030.

This acceleration has alarmed American military leaders and security analysts, who fear that China may be ready to launch a surprise nuclear attack on the United States.

According to satellite photographs acquired in January, the most sensitive work on the Chinese silos has been done, according to American intelligence specialists.

The remaining 45 temporary coverings that had been placed over each of the suspected missile silos had been removed, according to photos taken from above a missile silo field in Yumen, a rural location in China’s northern Gansu province.

Two smaller silo fields in western China appear to be in the early phases of development, according to Matt Korda, a senior research associate for the Nuclear Information Project at the Federation of American Scientists in Washington.

The silos at each of the locations are purportedly capable of hosting the DF-41, a new long-range missile capable of hitting the US mainland.

Tensions between China and Taiwan, a nominally self-governing island some 100 miles off China’s southeast coast, have also risen in recent months.

Since President Donald Trump made a point of tightening ties with Taiwan, China regards the island as part of its territory and has stated multiple times that it will resort to armed action to preserve it that way. This has put Washington in a bind.

President Joe Biden has followed in his predecessor’s footsteps, sending weaponry, military training units, and even delegations of American officials to the island to show support.