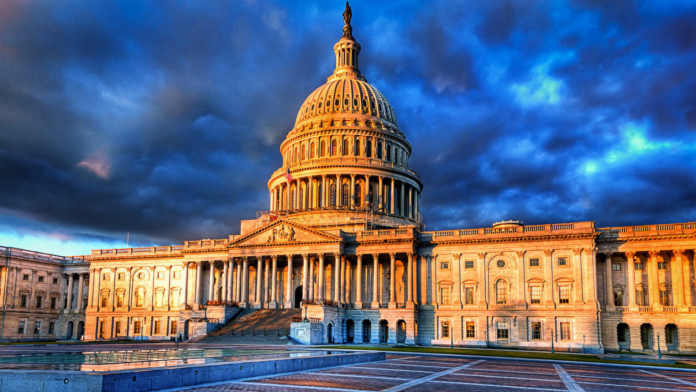 Lawyers representing the Muriel Bowser government’s police force in Washington, D.C., made what should be a stunning entrance in federal court last week.

According to a report from WUSA-TV, a major source of local news for the District of Columbia,”An attorney for DC Police said in court, for the first time, that the department did indeed use tear gas on protesters around Lafayette Square Park last June.”

This admission is notable because the Metropolitan Police Department, under the ultimate control of Mayor Bowser, has claimed that it wasn’t involved in the clearing of protesters by national law enforcement last year prior to then-President Donald Trump posed for a now-famous photograph at St. John’s Episcopal Church.

As many Americans will remember, in late May 2020, several days after George Floyd was murdered in Minneapolis, a group of militants closed in on the White House, stormed through obstacles and threw bottles, stones and fireworks in Secret Service agents, dozens of whom were wounded.

Trump was temporarily forced to take refuge at a White House bunker for security.

On June 1, law enforcement cleared down a pathway Lafayette Square in D.C. and Trump walked through, finally posing for a photograph with a Bible in hand in the church.

The optics of audience dispersion were admittedly awful, as the not-so-peaceful protesters had resumed their projectile-hurling in the nights ahead and were met with tear gas and pepper chunks.

The establishment media and its Democratic political allies determined that Trump wanted the photo-op to reestablish his tough-in-the-face-of-chaos picture after having been known as”Bunker Boy” on social networking. In a speech delivered in the Rose Garden ahead, Trump said it was”to pay my respects to a very, very special place.”

Media outlets suggested that then-Attorney General William Barr ordered federal officials to clean the roads for Trump, thus violating the right of Americans to peaceably assemble. Barr, for his part, maintained it was necessary to secure a perimeter away from the White House, also telling The Associated Press that he was not really the person who gave the strategic order for the protesters to be cleared.

Notably, Bowser picked up the media’s line of reasoning, telling Americans that “if you are like me, you saw something that you hoped you would never see in the United States of America.”

She took no responsibility for the actions of local authorities, but instead criticized the feds for allegedly employing tear gas on peaceful protesters and painted”Black Lives Matter” on the road.

However, as we heard recently, key areas of the story are crap, based on Bowser herself, effectively.

The question before a federal judge is if law enforcement cleared Lafayette Square so Trump could take a picture, as Bowser and the press arguedto secure the perimeter away from the White House, as the Trump government maintained.

As George Washington University law professor Jonathan Turley wrote in The Hill this week,”Now, one year later, Bowser is keeping the BLM plaza but opposing the BLM protesters. Her administration insisted in court that the protesters were legitimately teargassed by the metropolitan police to enforce her curfew that night.”

But that is semantics. The MPD nevertheless admits that it teargassed protesters who were in the region, even though it claims it was not especially involved in getting Trump into the church. The MPD can attempt to distance itself from this controversy all it wants, but like it or not, Bowser’s police force has admitted it played a huge part in the chaos of the day — chaos the press, and Bowser, tried to attribute solely on Trump and his government.

Meanwhile, the Biden administration, according to Turley, has reportedly reversed its position also.

Despite Biden having previously mirrored the media policy, his government now”agrees that the case should be dismissed entirely,” Turley noted.